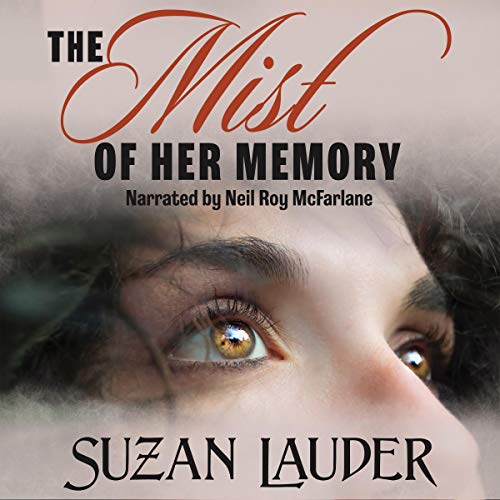 The Mist of Her Memory

By: Suzan Lauder
Narrated by: Neil Roy McFarlane
Try for £0.00

What happened that fateful morning in Lambton?

Does she remain in danger? Elizabeth cannot remember!

Sequestered in her Aunt and Uncle Gardiner's London home, Elizabeth Bennet tries to recover from a devastating incident that stole her memories during their Derbyshire tour. She continues to suffer from strange, angry voices in her head and to recall events that people tell her never happened. Even those who love her refuse to believe her. Elizabeth can barely endure the confusion.

Fitzwilliam Darcy is desperate for any hint of his beloved's wellbeing, yet he lacks the information he seeks as her family forbids him contact with Elizabeth. His frustration mounts when he learns that her mental impairment incited taunting and torment in the market town of Meryton.

Which of Elizabeth's recollections bear the closest resemblance to the truth? And what is the result of her sister Lydia's elopement with Mr. Wickham? How is Mr. Darcy to rekindle his romance with Elizabeth when her aunt and uncle strictly shield her from him?

Prepare to grip the edge of your seat during this original romantic tale of suspense and mystery, another Pride and Prejudice variation by bestselling author Suzan Lauder.

What listeners say about The Mist of Her Memory

This is an okay story but it’s not JAFF. I can see where Elizabeth would be different but she was unrecognizable here. Miss Bingley was completely different and it was too much.

fabulous take on P&P. really did not figure out the villains and heroes of the tale. the author wove a take on Elizabeth and Darcy that was new and fresh.

This story takes on the issue of brain trauma and PTSD with a Lizzy that has a missing piece of her history that haunts her present and prevents her happiness in the future. Her injury has not disabled her, but it does leave many questions about how she became injured due to a loss of memory. Whether that is from he physical blow itself or a mental block from the trauma is unclear.

Initially, Darcy is a key suspect and he is kept from seeing her. The story slowly unveils what actually happened, piece by piece, so we have a sense of what if feels like for Lizzy to learn the truth. It is well done.

I find I cant say much more without giving away a spoiler or two, so I will simply recommend this to any JAFF readers that also like a good mystery.