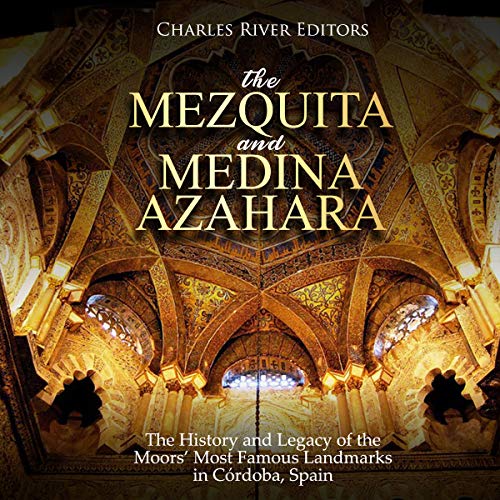 The Mezquita and Medina Azahara: The History and Legacy of the Moors’ Most Famous Landmarks in Córdoba, Spain

The Calle Cardenal Herrero in Córdoba is an iconic cobbled street impossible to overlook, for it is home to the Andalusian city's spectacular Mosque-Cathedral. Also known as “La Mezquita”, this one-of-a-kind Moorish and Christian place of worship reels in about 1.5 million visitors each year, most of whom find themselves spellbound by its hypnotic architectural features and the riveting history that has transpired and continues to within the beautifully weathered walls of the dual-church. That said, the Mezquita is far more than a mere tourist attraction - in recent years, the Mosque-Cathedral of Córdoba has become the crux of a complicated religious conflict resurrected by impassioned worshipers and patriotic locals who fear not only for the future of its legacy, but the preservation of its true history.

It is easy for those on the outside looking in to make hasty judgments about the ongoing dispute, considering the endless amount of information that is uploaded online by the second. The contentious debates surrounding the Mezquita are often products of outdated prejudices, festering distrust, and whitewashing, all of which make it harder for the Mezquita to remain a nondiscriminatory space serviceable to and appreciated by everyone today.

Love, as they often say, is best expressed through meaningful actions, as opposed to syrupy words and hollow promises. To pragmatists, it's the smaller things that make the biggest splash, while hopeless romantics may take it upon themselves to go the extra mile. Apart from showering their better halves with trips abroad to bucket-list destinations and mountains of extravagant gifts, the wealthy might organize benefits and galas and make handsome donations to a cause that deeply resonates with their loved one.

Whereas most would deem the tokens of affection exchanged by celebrity power couples to be sweet but inordinately excessive, many of those who pine after storybook romances are especially enamored of these grand gestures. However, nobody can deny that they’ve produced some of the most famous works in the world, including buildings such as the Taj Mahal.

Such stories can certainly send the hearts of the starry-eyed aflutter, and while love is not quantifiable, few love stories can compare to the blissful fairy-tale attached to the Madinat al-Zahra, commonly known today as the Medina Azahara. This tale involved a king named Abd ar-Rahman who was so besotted with a maiden that he built an entire palace-city for her from scratch. This was allegedly the largest palace-city ever built in Europe.

What listeners say about The Mezquita and Medina Azahara: The History and Legacy of the Moors’ Most Famous Landmarks in Córdoba, Spain