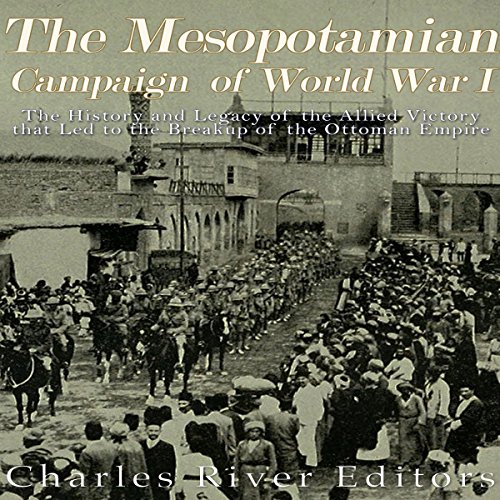 The Mesopotamian Campaign of World War I

The History and Legacy of the Allied Victory That Led to the Breakup of the Ottoman Empire
By: Charles River Editors
Narrated by: Scott Clem
Length: 1 hr and 20 mins
Categories: History, Europe
3.0 out of 5 stars 3.0 (2 ratings)

The Mesopotamian Campaign of World War I

Most books and documentaries about the First World War focus on the carnage of the Western Front, where Germany faced off against France, the British Empire, and their allies in a grueling slugfest that wasted millions of lives. The shattered landscape of the trenches has become symbolic of the war as a whole, and it is this experience that everyone associates with World War I, but that front was not the only experience. There was the more mobile Eastern Front, as well as mountain warfare in the Alps and scattered fighting in Africa and the Far East.

Then there was the Middle Eastern Front, fought across the Levant and Mesopotamia, which captured the imagination of the European public. There, the British and their allies fought the Ottoman Turkish Empire under harsh desert conditions hundreds of miles from home, struggling for possession of places most people only knew from the Bible and the Koran.

The war to push the Ottoman Empire out of the Middle East ended up being a total success, and it has had far-reaching ramifications in the past 100 years.

What listeners say about The Mesopotamian Campaign of World War I