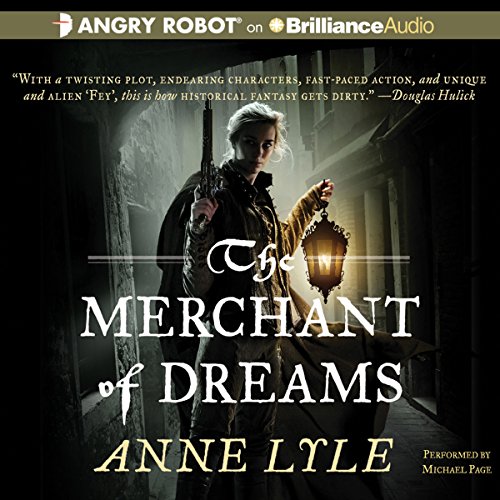 The Merchant of Dreams

The Merchant of Dreams

Exiled from the court of Queen Elizabeth for accusing a powerful nobleman of treason, swordsman-turned-spy Mal Catlyn has been living in France with his young valet, Coby Hendricks, for the past year. But Mal harbours a darker secret: he and his twin brother share a soul that once belonged to a skrayling, one of the mystical creatures from the New World.

When Mal’s dream about a skrayling shipwreck in the Mediterranean proves a reality, it sets him on a path to the beautiful but treacherous city of Venice – and a conflict of loyalties that will place him and his friends in greater danger than ever.

"The Merchant of Dreams never fails to entertain. Whether you like action, magic, romance or mystery there is something for you here." (Mazarkis Williams, author of The Emperor's Knife)

What would have made The Merchant of Dreams better?

Has The Merchant of Dreams turned you off from other books in this genre?

What does Michael Page bring to the story that you wouldn’t experience if you just read the book?

He was fine, the story was lacking

What character would you cut from The Merchant of Dreams?

I had hoped there would be a new location and new cast of lesser charaters after the agony of book one. I only made it fifteen minutes into the book before giving up.