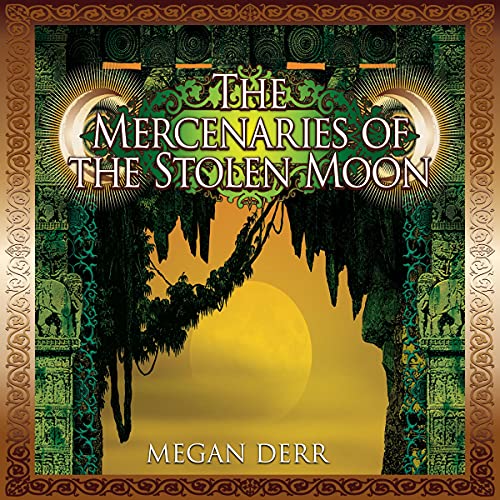 The Mercenaries of the Stolen Moon

By: Megan Derr
Narrated by: Michael Stellman
Try for £0.00

For 20 years Myra has served the High King, so familiar, respected, and envied the rest of the palace calls him the High Secretary. For 20 years he has kept his secrets buried, and after so long, he dares to believe he has left his past behind. Then during the Festival of Harmony, tragedy strikes, and Myra's past is dragged into the present.

Once third in command of Fathoms Deep, Charlaine is used to shadows and secrets, but even he is shocked to learn what his best friend, and the man he secretly loves, has been hiding all these years. In the wake of a terrible tragedy, he doesn't know what to do - except whatever it takes to help his friends.

Though Jac is a member of the Three-headed Dragons and primary bodyguard to the High Consort, she is used to being overlooked and underestimated. But she didn't earn her spurs by backing down, and she's not about to do so now - even if she must defy the High Throne itself to save the man she's falling in love with.

What listeners say about The Mercenaries of the Stolen Moon

I absolutely love this book anxiously waiting for the next book in the series. Listening to her books helps to calm my mind after a busy day at work