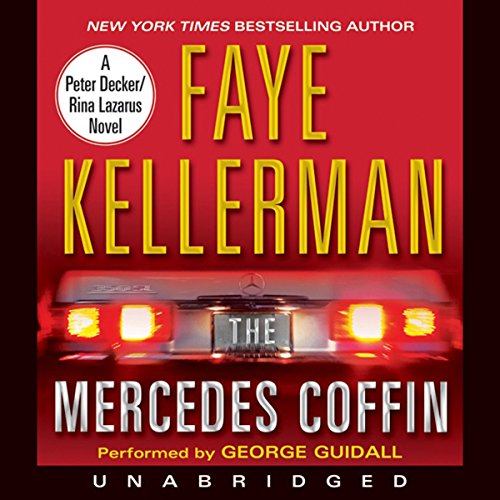 Billionaire genius Genoa Greeves never got over the shocking death of her favorite teacher, Bennett "Dr. Ben" Alston Little, murdered execution-style and stuffed into the trunk of his Mercedes-Benz. No arrests were ever made, no killer charged for the brutal crime.

Fifteen years later, the high-tech CEO reads about another execution-style murder; this time the victim is a Hollywood music producer named Primo Ekerling. There is no obvious connection, but the case is eerily similar to Little's, and Genoa feels the time is right to close Dr. Ben's case once and for all - offering the L.A.P.D. a substantial financial "incentive" if justice is finally served for Little.

Lieutenant Peter Decker resents having to commit valuable manpower to a 15-year-old open case simply because a rich woman says "Jump!" Still, the recent murder of Primo Ekerling does bear a disturbing resemblance to Little's case, even though two thug suspects are currently behind bars for the Ekerling murder. Decker can't help but wonder about a connection. His first phone calls are to the two primary investigators in the Little case, retired detectives Calvin Vitton and Arnie Lamar. Lamar is cooperative, but Vitton is not only reluctant to talk, he winds up dead of a suspicious suicide 12 hours later.

Plunging into this long-buried murder, Decker discovers that even though the two slayings are separated by a decade and a half, there is still plenty of greed, lust, and evil to connect the dots.

Decker's team of top investigators not only includes his favorite homicide detectives, Scott Oliver and Marge Dunn, but also his newly minted Hollywood detective daughter, Cindy Kutiel, whose help proves to be invaluable. His wife, Rina Lazarus, continues to be his backbone of support, offering a cool, rational outlook despite her growing concern for her husband's welfare and safety. Rina's worries and fears begin to build at a fevered pitch as past and present collide with a vengeance, catapulting an ...

Wonderful people - Decker and his wife and family

I really enjoy Faye Kellerman's writing and her characters. I enjoy them as people; they're ethical and real. This story is as gripping as the others. I wish only that there were more of her books that were unabridged on Audible. I only read full versions.

The Mercedes Coffin starts with promised and weaves a good web of intrigue for the first half. However, Ms Kellerman finishes poorly with a loosely developed plot and conveniently uses death of main characters to avoid having to spin a reasonable web to answer the many questions regarding the crimes involved in the plot. She fails to bring the plot to a plausible conclusion, choosing instead to allow the main character to "guess" at what might have happened. Some readers may enjoy a book where many loose ends remain. However, this reader prefers an author, such as David Baldacci, who weaves a complex plot but closes the mystery with facts, rather than suppositions. I, for one, will not invest any more money or time in Ms. Kellerman books.

This was not the author's best work. I have read all of her books, so I have a basis for comparison. I found the plot confusing and it had a non-ending. I realize that, in real life, many murder cases aren't solved; so, perhaps Ms. Kellerman was trying to give a different perspective on detective work than in her prior books where Decker et. al. crack the cases wideopen. However, this ending left me empty. Also, I can't for the life of me figure out what the purpose was for the character Genoa Greeves. Can anyone enlighten me?
I will still read anything Faye Kellerman writes!

I just finished listening to "The Ritual Bath" by Ms. Kellerman and looked forward to enjoying another excellent audiobook. Sadly, "The Mercedes Coffin" falls short of the mark.

The plot moved slowly, and I had a hard time maintaining interest. Like other reviewers, I found the lack of resolution at the end of the book was unsatisfying. Having said that, the final 45 minutes of the book, minus the final five featuring Decker's speculations, are the best in terms of listening pleasure.

The narrator did an excellent job, and the familiar characters take on a little more depth, and age.

I was glad to finally be done with this book. I'll be slow to pay out for another Kellerman book.

This Peter Decker novel is a little different in that there is just a little about his family or his Jewish traditions. It was a light summer detective novel...not great, but not bad.

The clues presented are not solved at the end. It seems that Ms. Kellerman could not find a staisfactory solution to the clues that she put in the early stages of her story, so she had the main suspect killed and the clues go unsolved. The whole story ends in an anticlimax plus a shmaltzy ending that leaves a bad after taste.

I found the story was a little long. I felt that some good editing would have been beneficial. However, having said that the story is true Faye Kellerman and therefore does not disappoint if this is a style that you enjoy. Good narration which certainly assists the reader to keep listening.

Goes adrift for a poor ending

I enjoy Kellermans work but this is a poorly executed plot. There is too much introspection and dialogue that goes nowhere. The ending is a a series of strands that are not tied together. As usual the characters are interesting and well defined. The first part of the story is engaging and then it gets confused and lost. Forget this one.

As usual Mrs. Kellerman has delivered "another great read". Her storytelling has kept me engaged to the point that I could not stop listening. The investigation and tying together of facts as well as the re-evaluating others made it impossible for me to stop listening. This audiobook is the first thing I listened to in the morning and the last thing that I heard at night.
I would recommend this audiobook to anyone, without hesitation.