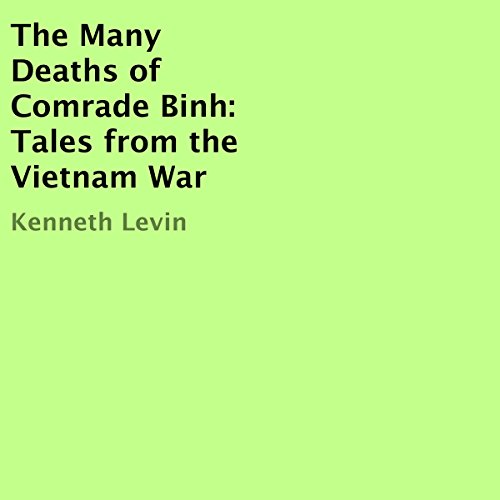 The Many Deaths of Comrade Binh

The Many Deaths of Comrade Binh

The short stories contained in The Many Deaths of Comrade Binh are fiction. This does not, however, mean they aren't true. Retired naval officer Kenneth Levin readily admits to some artistic license, but each tale is based on actual events that occurred during the Vietnam War. < /p>

Twice wounded in the line of duty, Levin remembers the horrors of war all too well. He draws inspiration from his own experiences and those of comrades, allies, and mercenaries as well as civilians and members of the North Vietnamese army.

Levin never forgets how deeply war affects both combatants and bystanders or how battle sometimes forces humans to act inhumanely. Many of his stories are capable of moving you to tears - or disturbing enough to keep you up at night.

At the same time, humanity has a knack for survival even in wartime, a truth reflected in Levin's stories of humor, irony, and love.

Despite being war stories, The Many Deaths of Comrade Binh never glorifies war. Levin knows his subject too well to romanticize battle or mistake jingoism for patriotism. Comparable to Bao Ninh's The Sorrow of War, Levin's stories are about the terrifying impact of war on ordinary people.