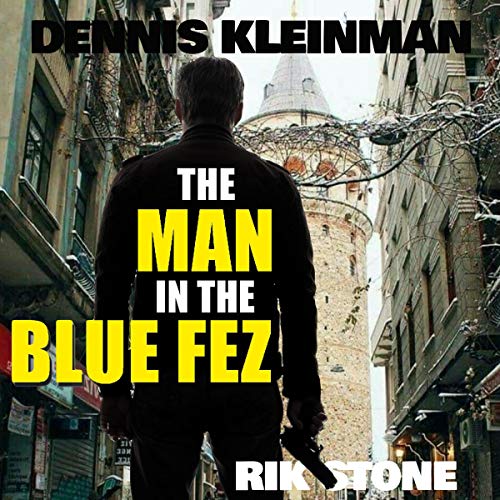 The Man in the Blue Fez

The sun had begun its descent towards the western horizon and the promise of warmth was sinking with it. Gold and pink rays glancing off mountaintops spread as one over the frozen lake below. Midway up a mountain slope overlooking the lake and not too far from where the Urals trailed off into the wasteland, Pavel Rostislav lay in wait. A light wind whispered across the incline, bringing cold that found a way through his winter gear and set him shivering. He snuggled into the hollow cut from the compacted snow as far as he dared, but knew there could be no respite. He had to hold his vigil.

With teeth gritted, he raised the standard issue field glasses to his eyes and scoped the fishing hole in the ice lake while trying to ignore the freezing barbs that spiked at his bones. Time pressed on and he took a moment of it to glance at the thermometer on the backpack by his side, shuddering to see the temperature had dropped to minus 50. Mist clouds would be visible to an enemy, so he expelled his breath against the chinstrap on his snowsuit, but then small ice crystals bunched up there and he exhaled in exasperation, irritation nipping at his spirit.

The sun dropped below the peaks and the ice lake turned bluish grey while the sky on the eastern horizon reflected mauve tiers on snow-knuckled mountains. Snow flurries lifted from drifts nearby and snaked down into the basin, dancing like ashes blown from a dead fire. Pavel's goggles took the color down a notch further and his heart sank. All he wanted now was to get this thing done and return to camp. However, just as he began feeling that his blood might turn to an icy sludge or his body may be only moments away from paralysis, a blur on the landscape took human shape and his spirits lifted. Shrouded in a heavy arctic snowsuit, the man moved slowly yet gracefully towards the fishing pole sticking up from the ice.

What listeners say about The Man in the Blue Fez

When the honest go against the dishonest in the military, people die, lots of people. The man in the custom made fez oversees drugs, human trafficking, and illegal arms and it is never enough. High octane action from Turkey to Russia. I was gifted this from the author.

What a roller coaster of a story

I really enjoyed this story, even if I did have my heart in my mouth at times, it was that gripping. This is the third book in the series and I enjoyed all three books. This book continues where the others left of and it was great seeing the hero's from the previous books joining forces to take down the bad guys. With plenty of action, gun and knives it certainly kept you on your toes guessing what was going to happen to each character.
Jez is treking in the freezing cold wilderness trying to build up his strength after an operation went wrong and he was left in a hospital for months, when an attack on the base wipes out the whole team. Dissipate all the training he has received there is nothing he can do except stay a live had hope that his girlfriend Anna wasn't there at the time. Mehmet wasn't at the camp either and was busy on his own top secret mission involving Anna, But after the blood of there comrades was spilt the team must work together to find out what the drug business has to do with semtex and why the hit on there camp was ordered, as well as fight acts of betrayal, torture and suspicion.
I like the narrator, he does such a good job with the characters whether they are male or female, it doesn't matter.

The Man in the Blue Fez: A Birth of an Assassin Novel.
The third in the series but all are standalone reads, linked together by characters and with a related plots, but easily read in series order or out of it without loss of pleasure.
Strong characters all flawed by their lives in the soviet union and the cold war.
Not so much as a cold war thriller but a gripping and enthralling anti corruption fight.
I've enjoyed all 3 books and do hope the author will write more of this series.
Narration is excellent and adds to the enjoyment of a fine novel.
I was given a free copy of this audio book at my own request, and voluntarily leave this review.

This is the third book by Rik Stone that I have listened to. I love his writing style, although he deals with a difficult subject that has historical details woven in. I like it when an author takes things from history and melds it with fiction to write a believable story. This book primarily takes place in both Russia and Turkey, and features Jez and Anna. The imagery in the story is well done, although it does include detailed violence. There is torture, deceit, manipulation, and pure evil. Dennis Kleinman did a great performance with this book. He added suspense to the story, and his distinguished voices for various characters made it easy to know who was speaking. This book is part of a series and a standalone listen.

After reading the previous two books, and enjoying them so much, I couldn’t resist to a sequel with a quite a suggestive title. Anna and Jez each start a different journey; Anna has a mission in Turkey, while Jez is sent into the freezing wastelands surrounding the Russian camp where they were staying, in order to check that he is fit for going on missions. While Jez is out with Pavel, the camp is bombarded and destroyed. Meanwhile, Anna is having more difficulties than expected in Turkey, and the man in the blue fez has something to do with it.

This is another action packed novel within an historical frame. Stone is using here the Chechen – Russia conflict to frame an exciting story in which its characters will travel long miles and cross countries. In this book we will meet characters from Birth of an Assassin and The Turkish Connection, so no introduction is needed. It was pleasant to meet these characters again, but I missed some of the evolution I witnessed in the previous books, where the story spanned several years. It felt more immediate in this one, and perhaps that allowed for more action, so there was not a moment of boredom.

There is again some degree of cruelty, torture, and graphic violence. It did not bother me and I think it was something necessary to give credibility to the story and to show the characters traits.

Dennis Kleinman did again a wonderful job bringing Stone’s characters to life, and also delivering a very compelling narration. I missed again some variation in voices, and in some cases I had troubles distinguishing between characters, but not to the point that it distracted me from the story.

As with the previous book, this could be read as a standalone, but it will be more enjoyable for someone who has already read books one and two. I would absolutely recommend the whole series to anyone into thrillers and historical fiction.

I received a copy of this book in audio format from the author in exchange for an honest review.