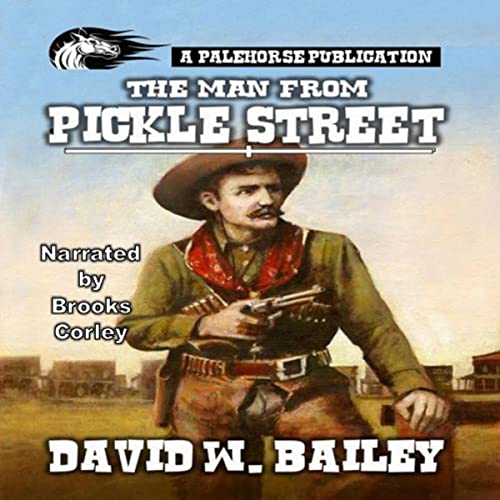 The Man from Pickle Street

After three years of conducting a vengeance trail against the Sioux and Cheyenne when his parents were killed up on the Medicine Bow, Lin Allan Cooper finally came back to the place he now calls home, North Ridge, New Mexico, only to find the ranch that he and his best friend Frank Shimmer had built from the ground up had been bought by another party who paid past-due tax debts, as well as an overdue mortgage.

Stage holdups, murder, and a personal vendetta against Coop, as he was called, were carried out.

Only time will tell.

What listeners say about The Man from Pickle Street

Loved it !! this story. the narrator is so fantastic it's like your really there!! excellent overall

I really enjoyed this story from start to finish. I liked the development of the main character. Very well narrated.