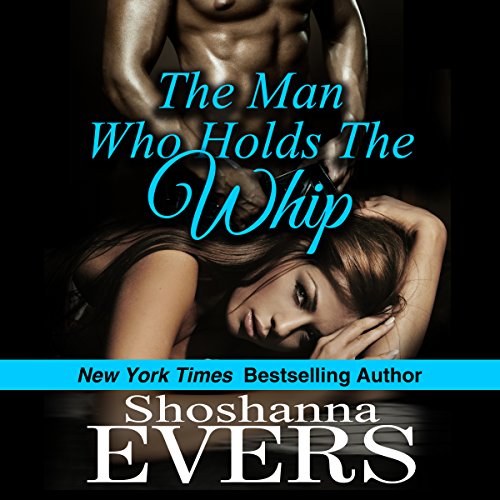 The Man Who Holds the Whip

By: Shoshanna Evers
Narrated by: Scarlett Day
Try for £0.00

Ian looks damn good holding that whip. But can a girl who's always considered herself "vanilla" fire up her kinky side for love? To find out, she's going to audition for a chance to play Ian's sexual submissive - and maybe find her way back into his heart.

"...better buckle your seatbelt, because this book takes you off on one wild (and...freeing) ride!" (The Jeep Diva Reviews)
" The Man Who Holds the Whip is a touching story (with) a feisty heroine... the sparks fly and possibilities previously unexplored open up. Definitelya must-read!" (HER Reviews)
"...well written and easy to get lost in. This story made me smile and...had me captivated." (More Than a Reading Journal)

What listeners say about The Man Who Holds the Whip

This book goes into detail of her research and their journey to finding one and another again.

Plenty of playtime and just enough steam to keep a gal happy. I am not into whips, so that part wasn't as appealing. Still it will be right up other kinkster's alleys.

I listened to the audiobook narrated by Scarlett Day, who has a great read. I enjoyed her pace and energy throughout the read. Terrific tone for both the male and female characters. She brought a great energy to the read, especially the naughty scenes!

Disclosure - I received a copy of this book in exchange for an honest review. All thoughts, ratings and opinions are my own.

The Man who Holds the Whip

What was one of the most memorable moments of The Man Who Holds the Whip?

Disclaimer: I received a free copy of this audiobook, in return for an honest review.

Definitely recommend this audiobook! Not only are the characters quickly drawn up and you feel for the protagonists, the plot also thickens quite nicely and unfolds with an awesome "Sexily Evers After" I typically find of Shoshanna Evers' works.

What I liked best about the story was how animated the narrator was in reading the story aloud. Even though I have read the story in ebook form before, I found it quite pleasurable to hear the audiobook and re-experience the story in this way. Being that this is my first audiobook ever, I am very pleasantly surprised and am opening up to the possibility of "reading" more ebooks in the future.

The narrator's pronunciation was clear, the pacing just right--not too fast and not too slow. Her animated voice made the characters very lively and made the story "breathe." Definitely a plus! I'd be eager to look for more of Scarlett Day's audiobooks.

Definitely made me laugh! Shoshanna's story is already funny. Scarlett's animated characterization of it makes it even funnier!

Another winner for Shoshanna. Very HOT and SEXY

This is one of my favorite Shoshanna stories. I read this as an ebook when it came out. I enjoyed it even more on the Audible version. The narration is excellent. She brings Grace and Ian to life--especially Grace with the intonations that you do not get in a written version. Her thoughts and dialogue gives an entirely enhanced understanding of Grace's journey from a non-existent vanilla sex life to a woman who can be a "regular" person by day and submissive to Ian at night.

[In Fifty Shades there was very little actual BDSM, but the author took 1600+ pages mostly with Christian's struggles. It was important to understand where he came from, but it could have been done in 400 pages before you have an HEA ending.] Shoshanna can accomplish the same thing in 100 to less than 300 pages! You enjoy the sexy growth without being bored to death with hundreds of pages of struggles. Too many authors (even some of my favorites) spend 60 to 70 % of the book with the struggles before anything good happens. Shoshanna is a master of mixing the right amounts of all the important elements.

Would you consider the audio edition of The Man Who Holds the Whip to be better than the print version?

I would definitely consider the audio edition of this novella to be better/preferred to the print version. Scarlett Day's narration alone makes the story come to life. I could never have seen what the author, Shoshanna Evers, wanted me to without her guiding me through it.

I loved Grace from the beginning! I loved Ian also, but it wasn't until he started to show his protectiveness, jealousy, and dominance for Grace. Grace and Ian both still cared for each other, but Grace was the one who reached out first. She also committed to learning a new lifestyle just to be with Ian. Even though, she is considered the "submissive" in their relationship she is still lively, opinionated, and never hesitates to tell Ian what she thinks.

Which character – as performed by Scarlett Day – was your favorite?

Scarlett Day did a wonderful job portraying both Grace and Ian without having to overcompensate for the male POV or the SUPER STEAMY scenes, I was very impressed! Sometimes a narrator's "sexy scenes" can be over the top and make you blush because you feel uncomfortable (bad) for them trying to narrate something they obviously are not comfortable doing. This is definitely not the case for Scarlett, thank goodness.

I really enjoyed "The Man Who Holds the Whip" for two main reasons. One being, that even though it is a short novella, Shoshanna does not waste a second getting to the point and down to business. The second being, when the story ended I did not feel like I was unsatisfied or missing anything with the characters and story line, which in my opinion, is very hard for a lot of authors to accomplish, especially in one novella. I am not saying I wouldn't love to hear more about these characters in the future, I would love an update of "their journey" in the future, if you know what I mean! ;) Great Job Shoshanna and Scarlett!

Have you listened to any of Scarlett Day’s other performances before? How does this one compare?

This is the second book I have listened to by Ms.Day. The other was also written by Shoshanna Evers. Ms. Day has what I feel is the right voice for erotica. She is able to show both power and vulnerability in the characters. You can 'see' what is happening by the tone, pacing and inflection Ms. Day uses in her narration. I look forward to listening to more books read by Ms. Day.

As the book is under 3 hours, it would be perfect to listen to in one sitting.

I would recommend this book to my friends who are open minded about the world of sex and who would enjoy a hot and steamy story.

A really hot short read (in this case audio ;) )

Which character – as performed by Scarlett Day – was your favorite?

It is definitely a good book to listen :)

What 50 Shades Wants to Be

that it did not repeat the same thing over and over