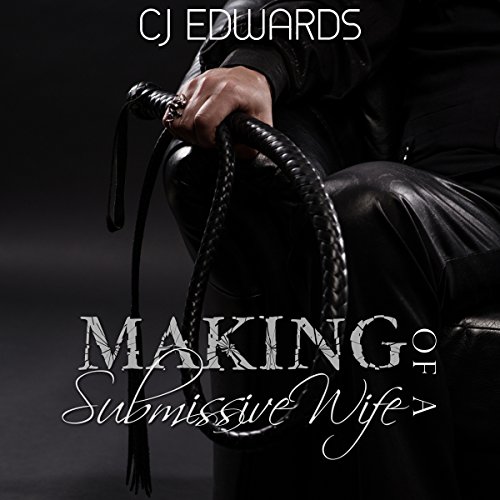 The Making of a Submissive Wife

By: CJ Edwards
Narrated by: Kitty Velour
Try for £0.00

Suzi's marriage was on the rocks. She had put on too much weight since the birth of her last child and lost interest in sex. So not surprisingly, her husband had developed his sex life elsewhere. His long business trips to London had allowed him to find a mistress who shared his sexual tastes and that relationship flourished.

When Damion finally told her he thought it was time to move on, Suzi was desperate to keep him and was prepared to do anything to keep the marriage together - to be totally submissive to her husband and willing to completely embrace the D/s lifestyle he enjoyed with his mistress. That was only the start, and this novella follows Suzi's journey into submission, through the training at her husband's hands to the extreme sexual encounters he arranges with other men, women, and groups of people who have only one thing in common: a desire to enjoy his sexy, submissive wife.

What listeners say about The Making of a Submissive Wife

kept drifting off. story was tiresome. no reasonable plot. but thats only my opinion. someone might like it.

Solid Narration but a poor story

The narration. I too liked the fact the author wasn't shy about writing moneyshots.

Has The Making of a Submissive Wife turned you off from other books in this genre?

Which character – as performed by Kitty Velour – was your favorite?

They were all good. Not great, but good.

Could you see The Making of a Submissive Wife being made into a movie or a TV series? Who should the stars be?

I love the cover. Very nice.

The found the story in and of itself to be very dull. It ran far too long. It should have been a couple chapter’s shorter. The reason why I say this, is because there can only be so much sex before you start to repeat yourself, and the effect of the sex scenes dull considerably.

Yes it’s hot to read about a big breasted woman being skull-f***ed, jizzed on and f****d hard in the @$$. But when it happens every other page you start not to care. The story should have been shorter, and with far less sex. If it had been it would have been great. Why? Because you have well-developed characters and a few sex scenes highlighting their day-to-day. Not well-developed characters drowning in the same sort of sex scene over and over and over again.

The writer is talented, I just think he/she got a little excited with this story and couldn’t stop writing it. I will check out another of this writers stories. I never judge an author by one book alone.

The story itself gets a 2 out of 5 stars

The story was made bearable however by the talents of Kitty Velour. She made an average story hot. She wasn’t the best I’ve ever heard, because I’ve been spoiled by some of the best, but she was damn good and I will listen to more of her work.

I felt Kitty had the right tone for the story, but I like my erotica narrators to really get into the sexual moments which in my opinion she didn’t. But to be completely honest, I’m a dirty bird when it comes to my audio smut. I like real moans, breathlessness, things like that. This is what I look for in narrators who read my work, so I expect it in other people’s projects as well. Despite that, she did get into it for the majority of the narration and was really fun to listen to.

The narration gets 4 out of 5 stars

Overall 3 out of 5 Stars

Everything above is my opinion. I ask for you, in the end, to decide for yourself.

Listen, I love some of the most depraved erotica imaginable but this did not hit the spot. This is just an abusive marriage. Not for me. I honestly don't know who it would be for. It's not even the cheating (TW:cheating) which I know is a hard no for lots of erotica readers but I don't mind it as a garnish. I think it was the emphasis on her weight and looks. Like all she needed was a diet & makeover to be up for pretty extreme bdsm. The author uses ridiculous words for genitalia (f**k tunnel? come on) The narrator was good.