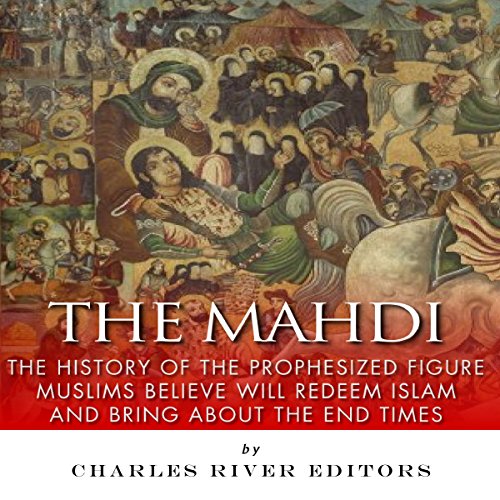 The Mahdi: The History of the Prophesized Figure Muslims Believe Will Redeem Islam and Bring About the End Times

The Mahdi: The History of the Prophesized Figure Muslims Believe Will Redeem Islam and Bring About the End Times

Violent extremist Sunni and Shiite Muslims are at odds about most things. One of the few points that they can agree upon in the midst of their war of mutual annihilation is that the Apocalypse is coming and that they are the soldiers of its harbinger and redeemer: the Mahdi.

Across the Islamic world, the figure of the Mahdi has appeared with increasing prevalence in the last few decades: the "Mahdi Army” patrols Shiite neighborhoods of Baghdad, thousands of Mahdi impersonators rot in Iranian prisons, the feared Boko Haram army aims to bring about the arrival of the Mahdi in Nigeria, and the leader of the Islamic State changed his name, allowing him to fulfill the prophecy that the Mahdi would be named "Abdullah” and "ibn Muhammad."

The Shi'a have always had a deep emotional connection to the belief in the coming of the Mahdi. In fact most Shi'a believe that he has already come to Earth in the form of their hidden ("occulted”) Twelfth Imam, who has watched over humanity for centuries. As the minority group within Islam, they have often lived in lands dominated by Sunnis and typically view the Sunni rulers as corrupt and having turned their backs on true Islam.

At the same time, the Mahdi has played a crucial role among Sunnis, and the contemporary obsession with the Mahdi, the "Mahdaviat,” led to the rise of apocalyptic Sunni groups like ISIS. Sunnis, who are often in power in Islamic lands, have been less comfortable with the fundamental assumption of the fallen states of the leadership. However, since the fall of the last caliphate (the Ottoman Empire in 1924) and the domination of most of the Islamic world by European colonial powers and then obviously corrupt and often secular strongmen has made many Sunnis turn away from their leadership and look to the Mahdi for inspiration.

A helpful compendium but poorly read

This is the most comprehensive text I've found on the history and theology of belief in the Mahdi. The poor narration though detracts considerably from its readability