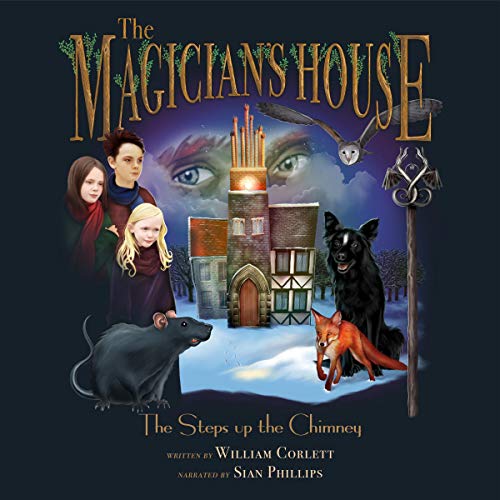 By: William Corlett
Narrated by: Sian Phillips
Try for £0.00

There seems to be magic in the air the minute that William, Mary and Alice Constant arrive at Golden House to stay with their uncle and aunt during the Christmas Holidays.

There is something special about the rundown Golden House that their uncle is trying to renovate into a hotel and as they explore, they begin to unravel its secrets. They discover a hidden room, reached by steps up the chimney. Here they meet the magician Stephen Tyler, a 16th-century alchemist who has been transported through time and needs their help.

Evil and danger threaten the arrival of their new baby cousin, and the children turn to the animals in the forest to come to their rescue as a snowstorm engulfs the valley.

This enchanting audiobook, narrated by Siân Phillips, is the first in the Magician's House quartet series, which won an Emmy for its BBC television adaptation, which featured Stephen Fry, Ian Richardson and Jennifer Saunders.

The Magician’s House is a popular children’s fantasy series created by William Corlett, consisting of four books: The Steps up the Chimney, The Door in the Tree, The Tunnel Behind the Waterfall, and The Bridge in the Clouds.

What listeners say about The Magician's House: The Steps up the Chimney