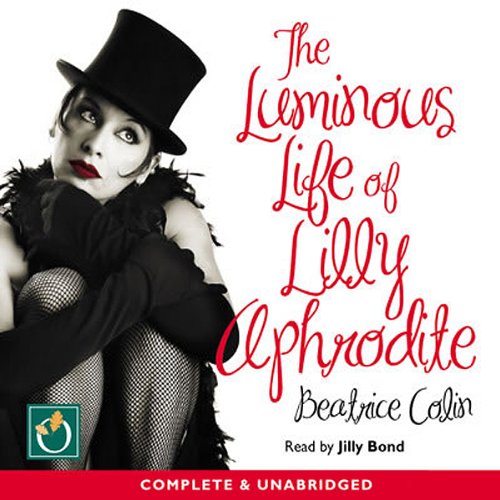 The Luminous Life of Lilly Aphrodite

The Luminous Life of Lilly Aphrodite

The debauched celebration of the cabaret era. The magical ascent of cinema. The deprivations of World War I and the build up to World War II. Set against the rise and fall of Berlin and the innovations in art that accompanied it, The Luminous Life of Lilly Aphrodite brilliantly weaves together the story of orphan girl Lilly Nelly Aphrodite's remarkable journey from poverty to film stardom.
©2009 Beatrice Colin (P)2009 Oakhill Publishing Ltd

What listeners say about The Luminous Life of Lilly Aphrodite

A more apt title for this would have been ?The Sad and Sordid Life of Lilly Aphrodite? as there is little about poor Lilly?s life that is luminous (except her grey eyes, which are described as such on a couple of occasions).
The story takes a long time to get going, with too much emphasis at the start on the rather uninteresting events in the orphanage. Later, the atmosphere of Berlin at the beginning of the 20th century is effectively evoked, but the characters remain curiously wooden. I could find no reason to care much about what happened to Lilly or her companions, so the ending was something of an anti-climax.
It doesn?t help that Jilly Bond sounds as though she is reading to a class of six-year-olds, in a high-pitched swooping voice with lots of emphasis.
Altogether, a disappointment: it could have been a great story, but was let down by the telling.

The Angela's Ashes of between wars Berlin

A MUST READ book.
A fabulous look at film, cabaret and porn as infant industries in Pre WW2 Berlin.
Once in a while a book comes along which immerses the reader in REAL people, REAL circumstances and a REAL environment and leaves the reader richer or the experience. This is one of them. In my opinion, Beatrice Colin had done for Berlin what Frank McCourt did for Limerick.
Lilly's life is absolutely fascinating and a full, vivid, colourful picture of 'between the wars' Berlin. By the time I'd finished this book I really had a better understanding of some of the elements which brought about WW2.