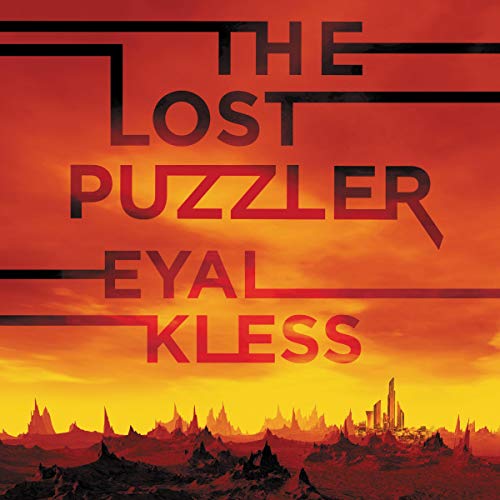 A brilliantly written and riveting post-dystopian debut from Eyal Kless about a society hoping to salvage the technology of a lost generation, a mysterious missing boy who can open doors no one else can, and a scribe who must piece together the past to determine humanity’s future.

More than 100 years have passed since the Catastrophe brought humanity to the brink of extinction. Those who survived are changed. The Wildeners have reverted to the old ways - but with new gods - while others place their faith in the technology that once powered their lost civilization.

In the mysterious City of Towers, the center of the destroyed Tarakan empire, a lowly scribe of the Guild of Historians is charged with a dangerous assignment. He must venture into the wilds beyond the glass and steel towers to discover the fate of a child who mysteriously disappeared more than a decade before. Born of a rare breed of marked people, the child, Rafik - known as “The Key” - was one of a special few with the power to restore this lost civilization to glory once again.

In a world riven by fear and violence, where tattooed mutants, manic truckers, warring guilds, and greedy mercenaries battle for survival, this one boy may have single-handedly destroyed humanity’s only chance for salvation - unless the scribe can figure out what happened to him.

What listeners say about The Lost Puzzler

Awesome listen to an awesome book

Loved every moment. Science fiction at it's finest. The characters are interesting and round, the story thrilling and engaging. Can't wait for a sequel!

It was a fun story to follow along with. The characters were well done, and all the different accents were great to listen too. The narrator did a fantastic job! I would recommend this book!

Exciting build up..sucked me in!!

Not what I expected at first, but the characters and the world they live in grew on me. It ended up going by quick with an exciting ending. I look forward to where the next book goes. The narration was perfect for the style and store as well. Great job!

they was no ending. the book just stopped without any real conclusion. I felt robbed.