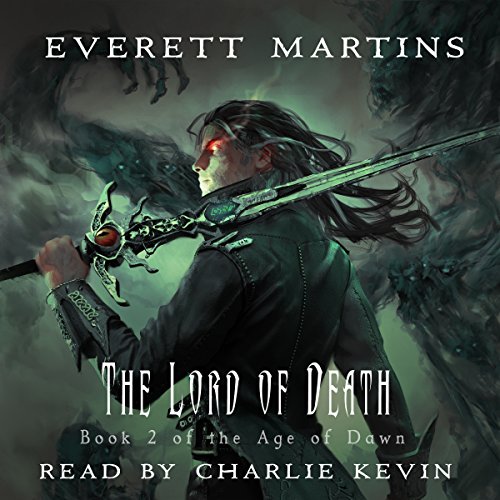 The Lord of Death: The Age of Dawn Book 2

The Lord of Death: The Age of Dawn Book 2

New author Everet Martins presents the second book in The Age of Dawn series: The Lord of Death, the sequel to Stormcaller.

Walter survived his first confrontation with the demon god Asebor when his cursed armor was removed, swelling his thirst for vengeance. It was supposed to be impossible to remain human for long when wearing Cerumal armor.

The shadow of Asebor darkens over the realm of Zoria. Juzo, his best friend, is still missing and has been forced down a dark path. Walter and Nyset harness their newfound abilities under the tutelage of Baylan of the Silver Tower and the rogue wizard, Malek.

The group is thrown into an insidious trap as Asebor's generals, The Wretched, strike at the heart of Midgaard, derailing them from searching for Juzo. Walter is sure that Juzo is alive and he can't allow himself to give up on his friend, despite the risks of travelling east where hordes of Death Spawn are rumored to be. The Midgaard Falcon army is deployed to stomp out the Death Spawn, led by a mysterious horror known as the Lord of Death.

What listeners say about The Lord of Death: The Age of Dawn Book 2