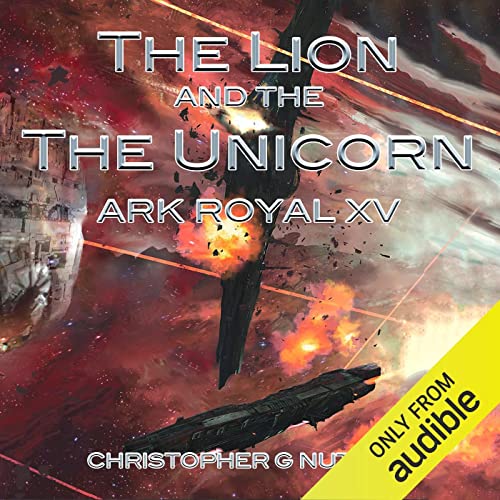 The Lion and the Unicorn

By: Christopher G. Nuttall
Narrated by: Ralph Lister
Try for £0.00

In five years of heavy fighting, humanity and its alien allies have steadily been pushed back toward Earth, toward the very heart of humanity itself. The virus is steadily wearing the defences down, mounting campaign after campaign to infect and enslave every other alien race. The only hope rests with newer and better weapons, with technology that may turn the tide, but can the weapons and starships be deployed in time?

HMS Lion and HMS Unicorn are two new ships, designed to take the war to the enemy and tip the balance of power in humanity’s favor. But with untested technology, clashes between their commanding officers and trouble belowdecks, they may find themselves facing more than they can handle....

...And the odds of coming home are very low.

What listeners say about The Lion and the Unicorn

Great story, shame about the accents

This is another great story. My only gripe is the Liverpool accents. They were cliched, false and indistinguishable from a Scottish accent. When the story centred around Marigold and Tobious I struggled to tell that they came from different parts of England. Minor points that marred an excellent story.