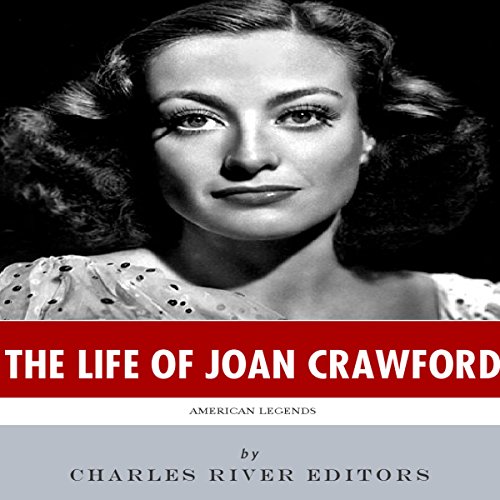 The Life of Joan Crawford

The Life of Joan Crawford

"I never go outside unless I look like Joan Crawford the movie star. If you want to see the girl next door, go next door." Joan Crawford

The life of Joan Crawford is one of the most famous Hollywood rags-to-riches tales. While it is common to think of Hollywood as a land offering great opportunity to hardworking actresses, the Horatio Alger myth rarely applies in reality, but it applied almost perfectly to Joan Crawford. Crawford grew up in relative poverty, with both of her childhood father figures abandoning the family before she became a teenager, and she relied on undying ambition in order to progress through the ranks of the show business circuit and then the Hollywood studio system. This drive to succeed continued throughout her entire career, and Crawford's public battles with both studios (MGM in particular) and other stars (first Norma Shearer and later Bette Davis) were borne out of an unmatched competitive streak.

Joan Crawford's life and career also shed light on the treatment of women in pop culture and in cinema during the early 20th century. Her career was not only limited to film acting, as she acted in musical revues and was previously an unabashed flapper during the Roaring Twenties. As her career progressed, she acted in silent films, flourished with the rise of sound cinema in the late 1920s, became a leading lady in the 1930s and 1940s, and finally became a sort of caricature of herself during the late stages of her career in the 1950s and 1960s.

Narration very monotonous. Not bad, just droning. Short and sweet and to the point biography. Bite sized but packs a punch.