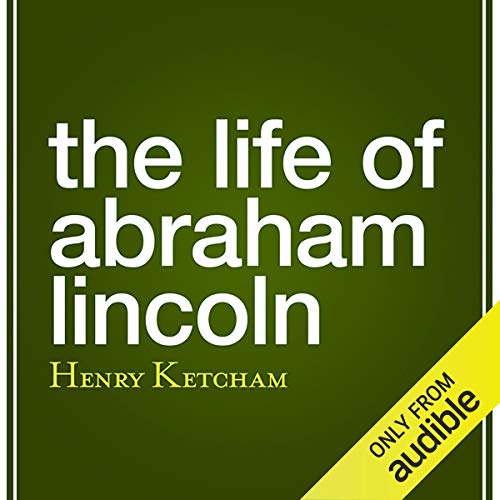 The Life of Abraham Lincoln

The Life of Abraham Lincoln

Henry Ketcham wrote his reverential - but never cloying - biography of Abraham Lincoln in 1901, long after the 16th president of the United States was assassinated and even longer since Ketcham was promoted to brigadier general in the Union Army. And yet the human subject of this audiobook feels immediately present, admirably resurrected by the love of a writer.

Actor Brian Troxell has an extensive resume in film, television, and voice work. In his performance of The Life of Abraham Lincoln he takes listeners on a colorful journey from the president's impoverished childhood on the western frontier through the Civil War. Troxell has a lot of ground to cover, but he does so with style and vigor, further enlivening material that is already intimate and accessible to listeners.

In his introduction to The Life of Abraham Lincoln, Henry Ketcham notes that there has been so much written about Lincoln that the legend has begun to obscure, if not to efface, the man. “In this biography the single purpose has been to present the living man with such distinctness of outline that the reader may have a sort of feeling of being acquainted with him.”

Ketcham’s clearly-written, unadorned account of Lincoln’s life achieves its stated purpose, never removing its focus from the man who became the 16th President of the United States and led the nation through some of its most turbulent and difficult times.

Great book, fantastic reader, amazing President! What more can I say...I think the author really did an amazing job of expressing what a great man President Lincoln was without making it boring and exhausting. The reader did a great job and was easy to understand.

Good narration, well told overview of Lincoln's life. If you're looking to learn more about Lincoln, this is a good starting point to understand his life broadly, and from here you can decide what aspects of his life you want to study more.

Everybody loves Abraham Lincoln, and are at least somewhat familiar with a bit of the mythos of Honest Abe. But I would say that most today no longer remember well the precise character and acomplishments of the man leading up to, or even during his presidency. At least that was my condition prior to listening to this book. Now, having heard it, I feel compelled to find out more detail of the civil war, the dealings of Lincoln with his generals, his ingenious (if at times self-sacrificing) political maneuverings... I have become a huge fan of the man.

I have not read any other biographies of Lincoln yet, and I'm sure there are many more thorough than this one. But I find this one to provide a valuable perspective simply because the author himself was alive at the time of these events. Naturally this limits his account in some ways, but it is written with an intimacy of expereience that later biographers can never provide, having not lived through these times themselves.

Great way to learn life and greatness of Lincoln

Very good story telling, taking from journalistic and first hand witnesses bits and pieces of the life of Abraham Lincoln, even quoting entire passages and speeches. Narration is great and engaging.

A wonderful narrative of a great man. Should be required reading for every student and immigrant

An incredible real story that inspires persistence and Honesty. Interesting and Broad telling of Lincoln's story of life.

I got this book because I heard it's one of the classic books written as a biography of Lincoln closer to the time of Lincoln. it is a wonderful book without this 20th century disembodied historian with no opinion that tends to be in modern historical books. the author here loved Lincoln and speaks glowingly about him in the account. It is a wonderful story and if you know about Lincoln you probably won't learn too much new here. If you don't know about Lincoln it's an excellent primmer. the reader is good but not excellent.

Well written and the way he makes points are well done. I've read many books on the assassination of Lincoln and this book gets a few facts wrong.

Highly recommend it for anyone who needs a factual introduction to his basic background.