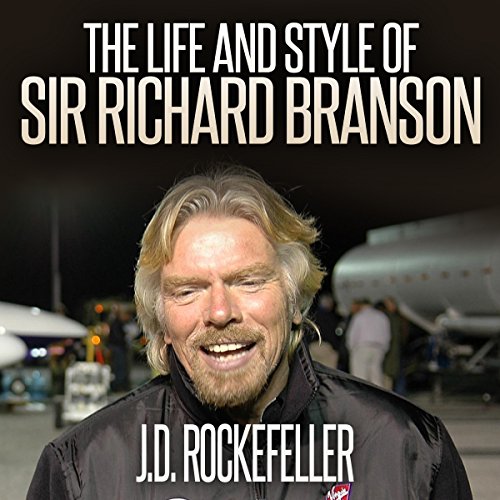 The Life and Style of Sir Richard Branson

The Life and Style of Sir Richard Branson

The name Virgin Group is widely known to most people in the world, and so is the name of its founder. Sir Richard Charles Nicholas Branson knew at a very young age that he wanted to be an entrepreneur. He launched his first business venture when he was 16 years old, an age when most teenagers are not even sure what they want to do in their lives.

With an estimated net worth of $5.2 billion (which is increasing with every passing day), Branson was knighted in Buckingham Palace in March 2000. With over 400 companies operating under the Virgin Group banner, Richard Branson is surely an inspiration for anyone who wants to make it to the top in the world of entrepreneurship. Whether it is his record business or his airlines business, it seems as if whatever he touches turns into gold and he becomes more and more of a success.

This audio book was incredibly interesting as I didn't know a great deal about Sir Richard Branson. It was read beautifully and I found the readers voice to be clear but warm. A pleasure to listen to!