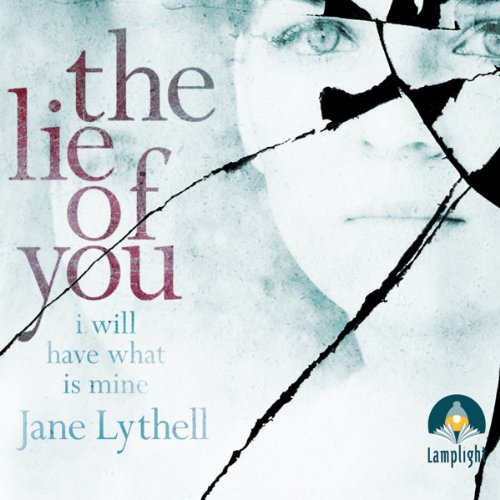 The Lie of You

To the outside world, Kathy is the very picture of a happy and fulfilled modern woman. She has a beautiful baby boy, a clever, handsome husband and a glamorous, high-powered job. But not everybody is fooled. Her employee, Heja, knows the truth: The cracks in Kathy's marriage, her self-doubt, her fear of failure at work. In fact, Heja is perfectly placed to destroy Kathy's life...

What listeners say about The Lie of You

Nice psychological thriller narrated with 2 voices - an English woman and a Finnish woman. The Finnish accent didn't feel quite right to me and I spend 4 months a year in Finland and am married to a Finn. But it was a good listen and would read more from this author.

I gave up on the last few hours because I was so fed up the style of presentation, it was dull and the wording so pedantic.
Not up to Audible's usual standard.

Where does The Lie of You rank among all the audiobooks you’ve listened to so far?

It was good but not one of my favourites. To be fair, it's not the sort of book I would normally read, but I did enjoy it

Both female characters were necessary to the story, Couldn't say I had a 'favourite' Kathy's husband 'Marcus' was annoying and a bit of a wet lettuce. I really don't know what either woman saw in him!!

What about Gabrielle Glaister and Melkorka Oskarsdottir ’s performance did you like?

Melkorkas voice was very cold and monotone which well suited the character she was representing. If this was purposefully done then her performance was good. However, if that is the way she would read normally, then I could not listen to another book with her narrating.

Not a particular moment no. The book kept you interested because you were anxious to know what Heja was going to do next.

I thought the ending was a bit weak. It was a bit of a let down really. I thought it could have had a much more dramatic ending. It wasn't very imaginitive. Having said that, I would still recommend it to anyone to try.