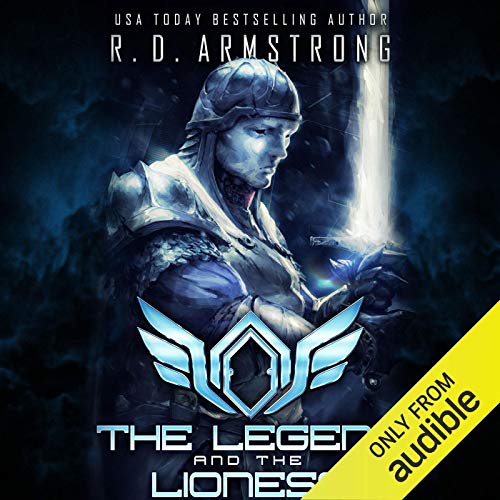 The Legend and the Lioness

Ace pilot Victoria Belic returns with the pulse-pounding sequel to the best-selling sci-fi novel The Legion and the Lioness!

As Titan command positions themselves to stop the android space fleet hurling toward their moon, Victoria finds her wings clipped as she's thrust into a ground war against a cybernetic horde known as the Mave.

With humanity's fate in jeopardy, an alliance is formed between humans from both Titan and Earth to fight the machines. But there is a wild card: the Engineer, a legendary swordsman of the Legion knights that wields a blade of fire. Victoria is forced to tread carefully as not only do her enemies pose a threat but potentially her allies as well.

What listeners say about The Legend and the Lioness

I really enjoyed Therese Plummer's narration except for the AI voice. It was how robots were depicted decades ago as flat and monotone - Siri and Alexa have more inflection in speech than this and so the performance feels outdated. The need to distinguish human from synthetic dialogue is a challenge I'm sure but it needs to be addressed. That said, I love the series and look forward to book 3!