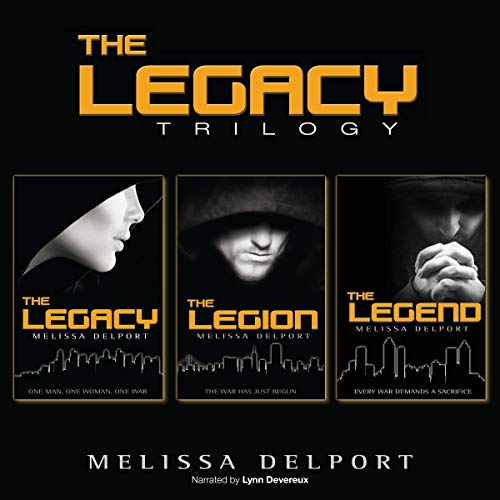 By: Melissa Delport
Narrated by: Lynn Devereux
Try for £0.00

One man obsessed with power. One woman prepared to sacrifice everything to stop him. One war that changed the world.

"World War Three lasted 12 days. Twelve days was all it took for mankind to devastate the planet and almost eradicate the human race. No victor emerged from the ashes and billions lost their lives. We survivors lived through the bleakest of winters. A primal existence became the new order, and the little that remained of our humanity hung in the balance. Then one man stood up and changed the world. I believed, as did everyone else, that he was the hero of our time, the man who had saved us from our own demise. His name is Eric Dane and he is the President of the New United States of America. He is also my husband, and my greatest enemy.”

The Legacy Trilogy is narrative of good and evil, love and passion, right and wrong - and at the centre of the story a strong woman who is prepared to sacrifice everything for the cause she believes in.

What listeners say about The Legacy Trilogy Box Set