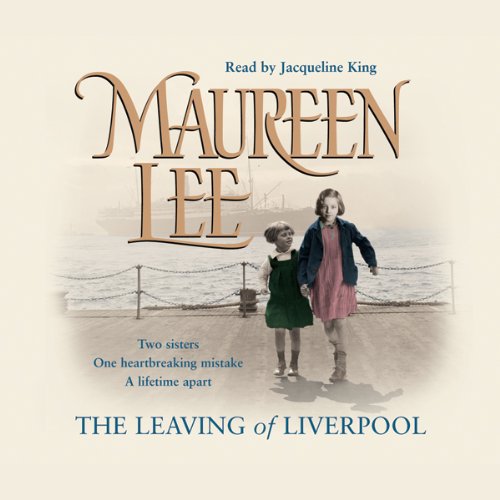 The Leaving of Liverpool

By: Maureen Lee
Narrated by: Jacqueline King
Try for £0.00

It is a cold February night in 1925 when two teenage sisters - Mollie and Annemarie - escape from their home in a tiny Irish village.

Their beloved mother has died, and the girls have suffered shocking abuse at the hands of their father. With sensitive, creative Annemarie so traumatised she can barely remember her name, Mollie decides they should make a new life for themselves. She takes her younger sister to Liverpool, where they will board a ship to New York. There, she thinks, they will be safe.

But the smallest, cruellest twist of fate conspires to separate the girls just as the boat is about to sail, leaving Mollie stranded in Liverpool and Annemarie at the mercy of strangers in America.

The subsequent paths of their lives could not be more different. Annemarie discovers her future and her fortune, while Mollie, devastated by guilt and grief at the loss of her sister, eventually carves out a new life in Liverpool. Then the Second World War looms - with surprising consequences for the two sisters.

What listeners say about The Leaving of Liverpool