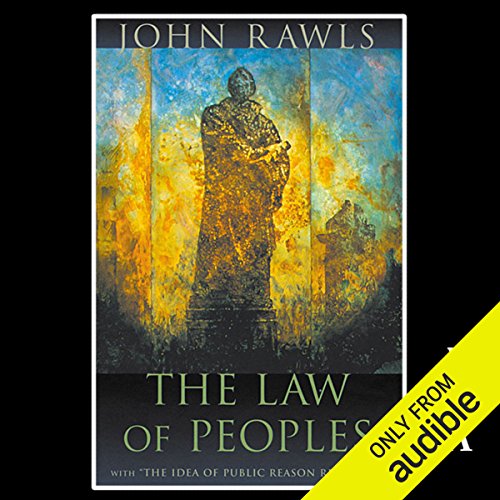 The Law of Peoples

By: John Rawls
Narrated by: David Colacci
Try for £0.00

This book consists of two parts: the essay "The Idea of Public Reason Revisited" and "The Law of Peoples", a major reworking of a much shorter article by the same name. Taken together, they are the culmination of more than 50 years of reflection on liberalism and on some of the most pressing problems of our times.

"The Idea of Public Reason Revisited" is John Rawls' most detailed account of how a modern constitutional democracy, based on a liberal political conception, could and would be viewed as legitimate by reasonable citizens who, on religious, philosophical, or moral grounds, do not themselves accept a liberal comprehensive doctrine.

The Law of Peoples lays out the general principles that can and should be accepted by both liberal and non-liberal societies as the standard for regulating their behavior toward one another. The print book is published by Harvard University Press.

"Some of Rawls' strongest published expressions of feeling... the final products of a remarkably pure and concentrated career... the writings of John Rawls, whom it is now safe to describe as the most important political philosopher of the twentieth century... owe their influence to the fact that their depth and their insight repay the close attention that their uncompromising theoretical weight and erudition demand." (Thomas Nagel, New Republic)
"The most engaging and accessible book Rawls has written." (David Miller, Times Literary Supplement)

What listeners say about The Law of Peoples

A Framework for Utopia

Overall Rawls The Law of the Peoples is a framework. It's an attempt to provide a basis for a well-reasoned Utopia. You'll find few concrete examples in this short book, but you will find a number of possible exercises that play out the idea of a utopia built on well-reason liberal ideals. I don't think this is the sort of book to read once and put away. It's the sort of book to read once, and then read again when you have time to question and put to task its various propositions. This is the first of Rawls books I've read, and after having read The Law of Peoples I now want to find A Theory of Justice.

Law of the Peoples comes down to 8 rules, and the 8th is the real kicker: "Peoples have a duty to assist other peoples living under unfavorable conditions that prevent their having a just or decent political and social regime." There's no question the author has a thinly veiled agenda of redistribution throughout the book.

The real problem with the book, however, is Rawls's incessant use of "descent" and "reasonable" to describe the well-intentioned actors in his utopia. If everyone was descent and reasonable we'd get to Rawls's utopia. Aren't you are reasonable and descent person!?Yet Rawls never bothers to define what is a descent or reasonable person, and how to deal with the opposite.