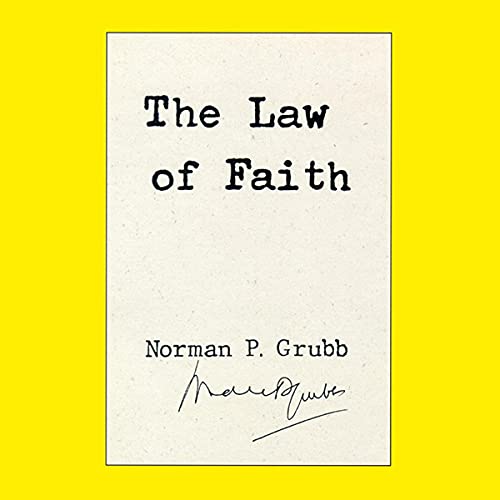 The Law of Faith

Norman Grubb was a well-known evangelical Christian missionary to Africa, following in the footsteps of his father-in-law C. T. Studd. The son of an Irish clergyman, he became a decorated war hero for his service as a lieutenant of the Gloucester Regiment in World War I. After the war, he attended Trinity College, Cambridge, and married Pauline Studd. During his time in the Belgian Congo, he translated the New Testament into the African trade language, Bangala. Norman ultimately became the British and General Secretary of the Worldwide Evangelization Crusade, serving in that capacity until 1965. Following many years of teaching, writing, and travel, he died on December 15, 1993, in Fort Washington, Pennsylvania.

Norman Grubb's life demonstrated that he knew "how to walk the broad road of faith, how to save and maintain that touch with God, that living fruitful union with Him which in infinite grace and condescension He has given us as our inheritance in Christ." In The Law of Faith, Norman felt that he was "passing on to others the most precious secrets that God has taught [him]."

What listeners say about The Law of Faith