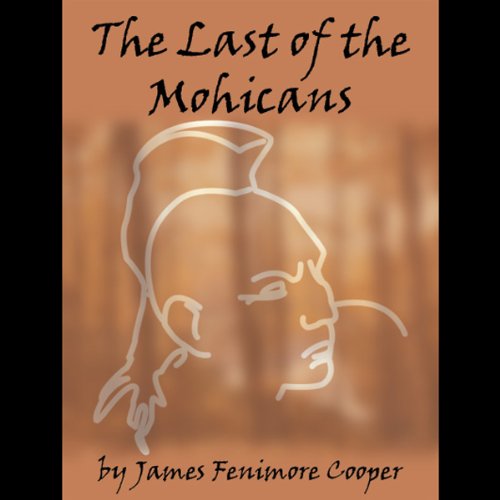 The Last of the Mohicans

By: James Fenimore Cooper
Narrated by: Jim Killavey
Try for £0.00

James Fenimore Cooper wrote five "leather-stocking" tales. This is the second and most famous. It comes between The Deerslayer and The Pathfinder. Here the white frontiersman, Hawkeye (aka Natto Bumppo and Leather Stocking) is nobly matched with Uncas, the Indian of the title.

The story takes place in 1757 during the French and Indian War, when France and the Kingdom of Great Britain battled for control of the American and Canadian colonies. During this war, the French often allied themselves with Native American tribes in order to gain an advantage over the British, with unpredictable and often tragic results. The feeling for nature and the excitement of the action are remarkable, no less so than Cooper's nostalgic view of the Indians and trappers who formed what he clearly thought of as a wilderness elite.

What listeners say about The Last of the Mohicans

The narrator is very hard to enjoy. I wasn't able to finish the book although I tried 3 times. Friends all told me to just watch the movie!

Bad reading. It was like he was reading an instruction manual. It was hard to follow the story most of the time

Very wooden and unfluent reading. Mispronounces many words. Reader should not give up day job.