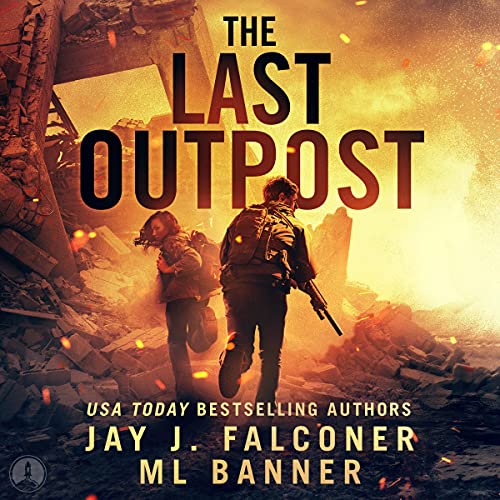 For the first time, all three SILO audiobooks, with over 25 hours of action, are being offered in one discounted title as The Last Outpost.

A world decimated by volcanoes....

Unfortunately for him and his community, he was wrong.

As their resources dwindle and hunger gangs swarm the landscape, a ruthless militant faction led by the infamous Simon Frost threatens them. He has the muscle and the firepower to take over and change the fate of humanity forever.

But the trouble doesn’t end there.

Edison’s biggest threat will come from within when a traitor rises from the shadows and sets a trap to take control in an all-out mutiny.

The Last Outpost is a classic struggle of good versus evil, except you won’t know which side is which.

Listen today and prepare yourself for the ride of your life. You won’t believe how it ends.

Previously published as SILO audiobooks 1 through 3.

What listeners say about The Last Outpost

liked the names of good authors included. this is simply an insult to story building. they gave up and ended it poorly

In a post-apocalyptic world who would gamble their lives and their family on a leader who everyone knew was a screw-up, they displayed no leadership abilities, and they're better more quality people who could actually lead. This book. lol