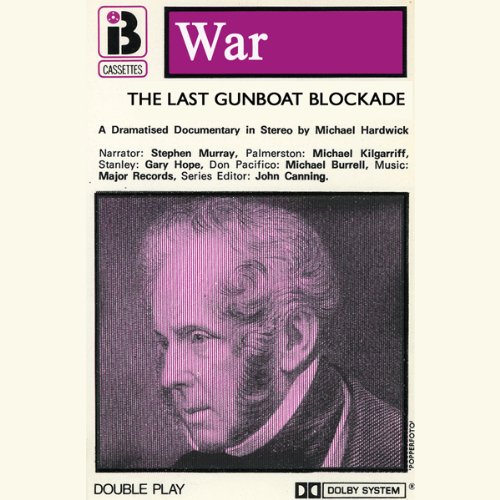 The steadfast naval Blockade of Germany is remembered as a key factor in the Allied Powers’ eventual Great War victory. For Germans, the blockade led to starvation, disease, and casualties in the hundreds of thousands. Bookish BBC radio maven Stephen Murray examines the blockade’s increasingly debilitating stranglehold on Germany during World War I’s waning days. A veritable who’s who of classic British drama - including Michael Burrell (The Hound of the Baskervilles), Gary Hope (The Avengers), and Michael Kilgarriff (The Dark Crystal) - take turns portraying British policymakers and military strategists, as they debate the virtues of extending the blockade to the Aegean. Lord Palmerstone’s soaringly patriotic speech in the House of Commons sets the tone for these rigorous and regal Parliamentary debates.

Here's how Britain, at the height of her imperial power, sent an entire fleet to blockade Greece. The extraordinary story climaxes with Lord Palmerston's great and remarkable patriotic speech in the British House of Commons, which reversed the Government's defeat.
©1979 Michael Hardwick (P)1979 Ivan and Inge Berg
History
Show More Show Less

What listeners say about The Last Gunboat Blockade (Dramatised)