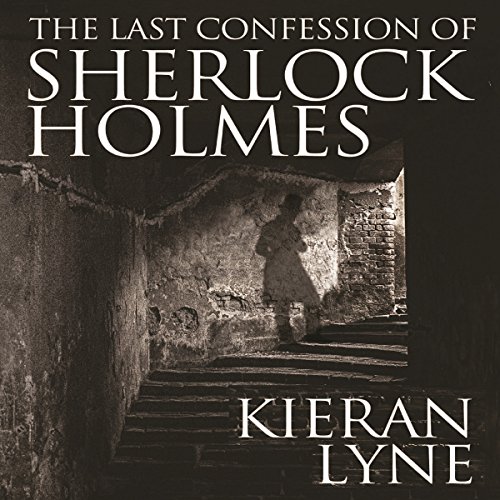 The Last Confession of Sherlock Holmes

In the dawn of 1891, Sherlock Holmes is locked in a deadly game of wits with the sinister Professor James Moriarty, but events will soon transpire that will question the very outcome of Reichenbach.

With Holmes presumed dead, the streets of London are panic-stricken as a resurrected terror takes hold of the city whilst in the upper-echelons of government, a singular, undetectable force can once again be felt manipulating the criminal underworld.

The ever-reliable Dr. Watson has deceived us all, as he finally reveals the far more shocking events that led to both the return of Sherlock Holmes and his involvement in the suppression of London's most notorious criminal.

What listeners say about The Last Confession of Sherlock Holmes

The narrator was like bread with no butter, food with no salt, the most boring narrator I have ever listened to. This book for the most part, is just a reread of Doyle’s, Holmes stories. Save your money this book is not worth the time effort.

It's worth it to listen to this story, but the narrator wasn't one of my favorites. Most of that, however, was caused by the fact that the audio is oddly edited; it doesn't pause for dramatic effect and sometimes it barely pauses for chapter breaks.

This just didn't get there for me.

A musician friend of mine once said to me that if you're going to cover a song, you need to be bringing something new that makes it worth the effort to do, and to listen to. I feel much the same way about going into someone else's universe and writing a story in it. This book covers the somewhat worn territory at the intersection of Sherlock Holmes and Jack the Ripper in a way that didn't really do anything new or exciting, that breaks the contract of allowing the reader to solve the mystery along with Holmes by withholding key information until the grand reveal, and doesn't even have the virtue of a shocking reveal at the end.
It almost gets there on all counts, which is why I gave it two, rather than one star. I won't spoil the experience for readers who want to see, as some of you may react differently, but in a world where Benedict and Martin do things to this franchise that are truly refreshing, I'm afraid this one's rather a squib.