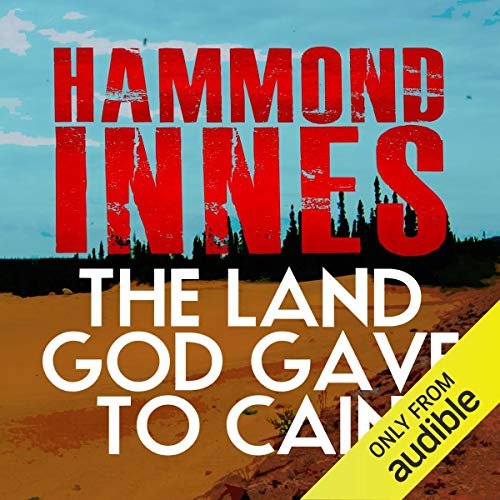 The Land That God Gave to Cain

The Land That God Gave to Cain

Ian Ferguson alone held the key to the disaster that had overtaken a geological survey team more than 2,000 miles away. What drove him now to make the perilous journey through the savage, lonely wastes of Labrador to the scene of the disaster? And what was the link between this and similar events which had taken place in that same territory 50 years earlier?

Hammond Innes was born in Sussex in 1913. He wrote 30 international best sellers, all of which are now being reissued by Pun. It was in the early '50s, with books like The Lonely Skier, Campbell's Kingdom, The White South and The Wreck of the Mary Deare, all of them filmed, that he achieved international fame. Hisfinal novel was Delta Connection.

"[R]ip-snorting adventure...at a pace so cracking there is little time for reflection" ( The Times)

If you are looking for a boys own adventure where a character is propelled from obscurity into life or death situations then this is the story for you.

I thought this would seem a bit dated, but I was so wrong! Hammond Innes is a master storyteller.Or so my husband says. Good story and plot. Worth a credit :) well read by the narrator.