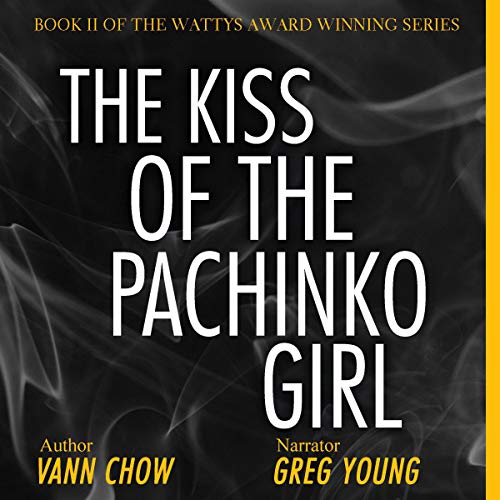 The Kiss of the Pachinko Girl

"Hell itself is also a dwelling place." (Japanese proverb)

Amateur moviemaker Ryuuji Tanaka became obsessed with the story. In an attempt to make an investigative documentary about the case that would reveal the shocking truth behind their deaths, he uncovered extremely sinister evidence of not only illegal gang activities but also bad pharmaceutical testing practice and even a grand scale of political corruptions.

At the same time, Carson Smith, a middle-aged American businessman who made Tanaka's acquaintance by chance at work in the multinational heavy metal recycling company, was approached by a girl who took up the identity of the supposedly dead actress Misa Hayami, in the movie. He took a keen interest in the young woman's welfare.

With Tanaka, the pair took on a trip to Hokkaido to undercover the truth behind Misa's true identity. What will they find? What shocking revelations await them in the snow-buried village in the ruthless mountain ranges?

Listen to the audiobook to find out!

The Kiss of the Pachinko Girl is the second book of a four-part crime thriller series. Listeners are encouraged to read all books in the series in sequence in order to get the full impact of the colossal, twisted story about the Pachinko girl.

What listeners say about The Kiss of the Pachinko Girl

The Kiss of The Pachinko Girl

"The Kiss of the Pachinko Girl" is not necessarily the last book of this series written by Vann Chow and narrated by Greg Young. It follows the further exploits of high-up, middle-aged American businessman in Japan Smith, trying to help the young, mysterious, entangled Misa Hayami. There are a number of mysteries and crimes in the story where perhaps innocent and perhaps not so innocent people collide. The story has an interesting mix of American culture and Japanese Culture in it.