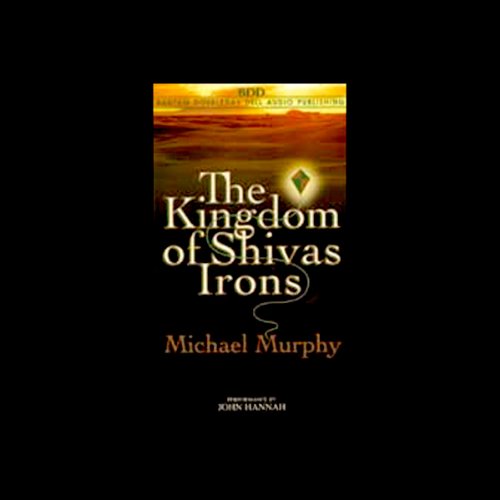 The Kingdom of Shivas Irons

Originally published in 1972, Michael Murphy's Golf in the Kingdom has become one of the best-selling golf books of all time and has been hailed as "a golf classic if any exists in our day" (John Updike) and "a masterpiece on the mysticism of golf" (San Francisco Chronicle).

Golf in the Kingdom introduced Shivas Irons, the golf pro and philosopher with whom Murphy played a mythic round of golf on Scotland's Burningbush links, a round that profoundly altered his game and vision.

Shivas' insights about competition, life, and "true gravity", all instilled in him by his elusive mentor Seamus MacDuff, captured the imaginations and the devoted following of students of the inner game of golf.

The Kingdom of Shivas Irons is the enchanting story of Murphy's return to Scotland to investigate reports of further visitations by Shivas Irons and to answer questions about him and MacDuff that have haunted Murphy since his original trip to Burningbush some 31 years before. Murphy and his companion, Buck Hannigan, a skeptical physicist fascinated by Shivas's connections to metanormal events, embark on a magical quest for Irons and MacDuff - and their wisdom about golf and human potential.

From the mystical golf course surrounding MacDuff's estate in Scotland, across the world to the first Russian Open Golf Championship, and finally to Pebble Beach on the California Coast, The Kingdom of Shivas Irons is a delightful exploration of the deep truths about the game of golf and a provocative inquiry into our remarkable possibilities for growth and transformation.

What listeners say about The Kingdom of Shivas Irons

Great, very Inspiring
Love it, is a Book
That the more you
Hear it the more You
Understand the Upanishads
Of Golf.
Thank you Michael Murphy... THANK YOU