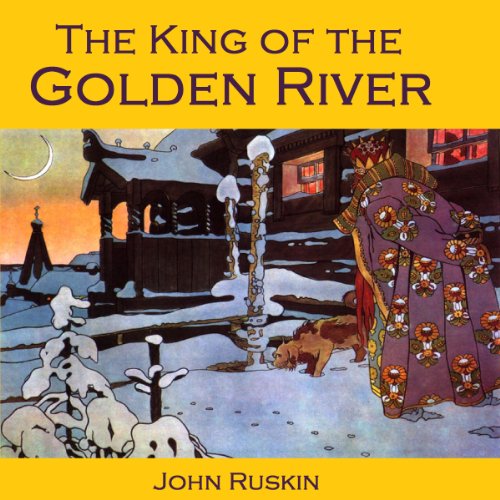 The King of the Golden River

The King of the Golden River

John Ruskin (1819-1900) was one of the most versatile and accomplished writers of his day, as well as being a prominent art critic, painter, philanthropist and social commentator. His writings included academic essays, travel guides, poetry, manuals, treatises, letters...and one enchanting fairy tale: The King of the Golden River.

The story tells of three brothers, two of them greedy and dishonest, the third and youngest a kind hearted and trustworthy lad. When they are paid a visit by the South West Wind Esquire, the youngest lets the stranger in to warm himself at the fire, and is willing to let him eat his own portion of supper. But the two elder brothers are outraged and evict the stranger. His revenge leaves the family destitute and they are forced to flee to the town.

There another strange visitor appears to the youngest brother, and reveals himself as the King of the Golden River. He tells the lad how he can turn the river into gold. But his elder brothers determine to try the quest first and win the gold for themselves. This is the story of the individual quests of the three brothers.