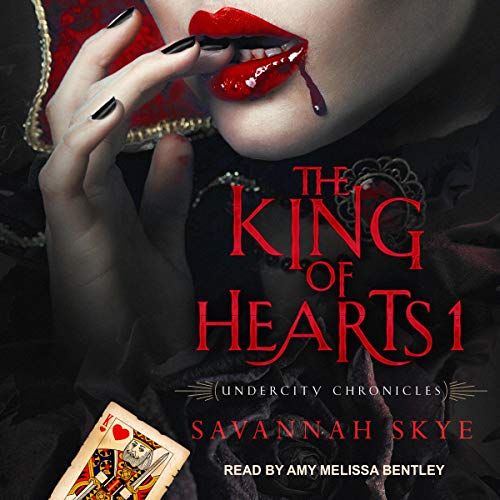 The King of Hearts 1

Cassie's had a rough few months. Being a vampire came with its own risks. Being a con-artist vampire was even tougher. Being forced to fake one's own death to keep from getting thrown in the slammer or murdered and then resurrecting oneself? Really takes a lot out of a girl. Frankly, she could use a little down time. But, true to form, she's skipped that and opted to jump straight from the frying pan into the fire as a new recruit-in-training for the Old Guard. They think she's got the skill set to help them ferret out some troublemaking vampires in the Undercity, and she's just interested enough to agree.

But when she struggles with the whole "obedience" portion of her training and decides to make a break for it, she's suddenly thrust into the center of a centuries' old battle for power. A battle that will pit the world's strongest, most revered vampires against one another . . . and Cassie herself.

What listeners say about The King of Hearts 1