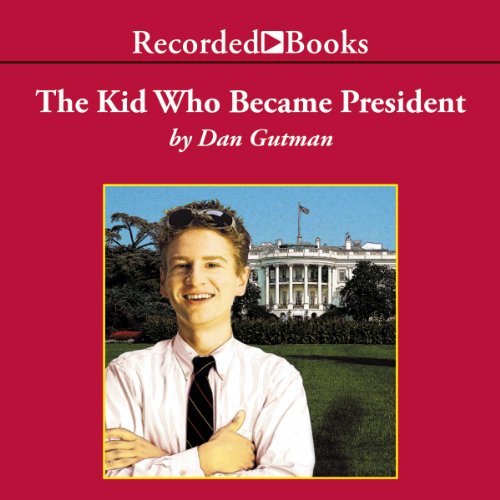 The Kid Who Became President

In America, they say any kid might someday be elected President. Well, 13-year-old Justin Moon did get elected President. The only problem is that now he has to actually serve in the nation's highest office. Being the leader of the most powerful country in the world is not as much fun as it sounds. Sure, the White House is filled with great stuff like its own movie theater, bowling alley, and swimming pool - but no one mentioned all the snoopy news reporters, the overly cautious Secret Service agents, or the annoying system of checks and balances that keeps the President from doing anything he wants.

In this delightful sequel to The Kid Who Ran for President, award-winning author Dan Gutman once again shows how much fun it can be to learn about history and politics. Scott Shina's narration tops all opinion polls for fun.

What listeners say about The Kid Who Became President