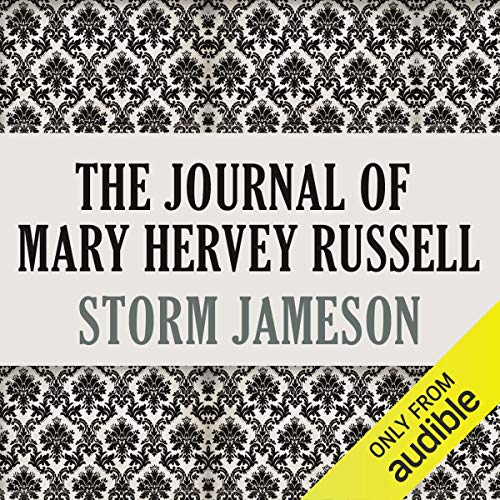 The Journal of Mary Hervey Russell

The Journal of Mary Hervey Russell

In The Journal of Mary Hervey Russell, Storm Jameson has chosen a form which enables her to use a rich supply both of public occurrences and personal knowledge and experience for the exercise of that imaginative observation which is characteristic of her best work. Whether she describes a chance meeting in Paris with a new French poet, or the reaction of delegates at the international conference of authors on the very eve of war, or her association with innumerable refugee intellectuals in London before and after Dunkirk; whether she is drawing one of her many astute comparisons between her own compatriots and some other people - generally the French - or comforting the wife of an Austrian professor just swept into internment, or bearing with the cynicism of some diplomat at the luncheon, she brings before us a panorama rather than a scene or an incident. But the real human interest of the audiobook is the thread of her own life running through it, revealing in little intimate flashes, sometimes a reminiscence of childhood, sometimes a delicately drawn portrait, like that of her father, the old sea captain, and throughout the story the visionary presence of the mother who for her has never ceased to live.

Storm Jameson (1891- 1986) born to a North Yorkshire family of shipbuilders. Jameson’s fiery mother, who bore three girls, encouraged Storm (christened Margaret Storm) to pursue an academic education. After being taught privately and at Scarborough municipal school she won one of three county scholarships which enabled her to read English Literature at Leeds University. She then went on to complete an MA in European Drama at King's College London. During her career Jameson wrote forty-five novels, numerous pamphlets, essays, and reviews, in an effort to make money. Her personal life suffered, and her first marriage to schoolmaster Charles Douglas Clarke was an unhappy one. After they divorced in 1925, Jameson went on to marry Guy Chapman, a fellow author, and remained with him despite her apparent rejection of normal domestic life. Storm Jameson was always politically active, helping to publish a Marxist journal in the British section of the International Union of Revolutionary Writers in 1934 and attending anti-fascist rallies.