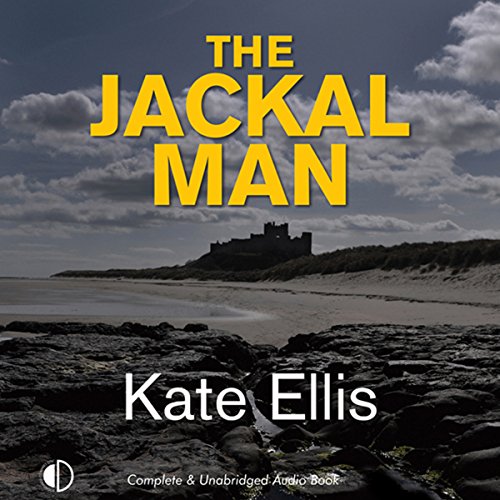 By: Kate Ellis
Narrated by: Andrew Wincott
Try for £0.00

When a teenage girl is strangled and left for dead by an attacker she describes has having the head of a dog, the police are baffled. But when the body of another young woman is found mutilated and wrapped in a white linen sheet, DI Wesley Peterson suspects that the killer is performing an ancient ritual linked to Anubis, the jackal-headed Egyptian god of death and mummification. Meanwhile, archaeologist Neil Watson has been called to Varley Castle to catalogue the collection of Edwardian amateur Egyptologist, Sir Frederick Varley. However, as his research progresses, Neil discovers that Wesley’s strange murder case bears sinister similarities to four murders that took place near Varley Castle in 1903.

What listeners say about The Jackal Man

Narrator changes the main characters by changing accent and voice. Totally unacceptable in a series like this.

Narrator was a disappointment

Why is there no continuity with accents n a series like this? Wesley’s voice didn’t fit with his back story at all. Had to listen to it on1.25 speed to get it over with

Yes - it is to Kate Ellis' usual standard

This is a new narrator and it's difficult to distinguish individuals due to them having different accents from previous books.

the narrator absolutely ruined this story, couldn't wait for it to be finished. I wish there was better screening for these kind of series. either stick to one narrator or find people with similar voice and good character representation. I'm already dreading seeing his name on future books.

the plot was excellent and so confusing at times i had to rewind to ensure l had the correct culprit
the naration was for some one who has listened to the series awful, it gave a false impression to the main characters from previous descriptions and some characters a total diffrent accent which was so annoying it did spoil the book for me which was unfair to the author and listener

It was almost impossible to follow the story., each sentence dramatised as though it was a dramatic event in itself. I didn'trecognise the well known characters. I couldn't get past the second chapter

I really struggled with this book because of the poor narration. There was nothing good about it.

Another twisting story from a very accomplished writer. I can’t wait for the next one!