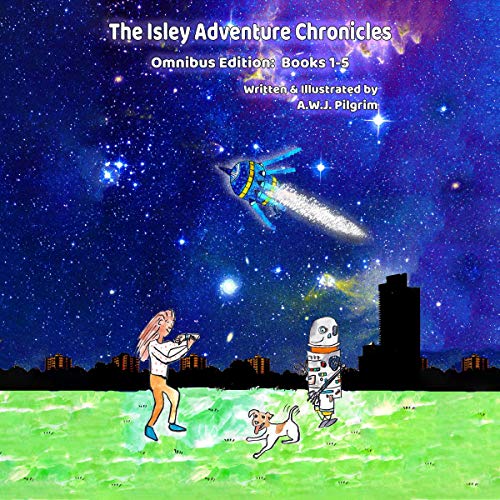 This is the omnibus edition of the first five instalments of the Isley Adventure Chronicles.

Little Isley Jones is a time and space-travelling teenager. She is friends with a cool robot called Mike, his master, the hippy "time travel" scientist Leonard, the hip-hop grey alien Buddy, Wayne the butch computer programmer, and his best friend, Jason, the amazing eccentric inventor.

Together with her family, they go on adventures and missions you can only dream about. In these magical adventures, she prevents a world war, goes to the amazing future of 3150, to see the famous Post-Impressionist artist Vincent van Gogh, to a grey alien planet Blue Habitat, and VE Day!