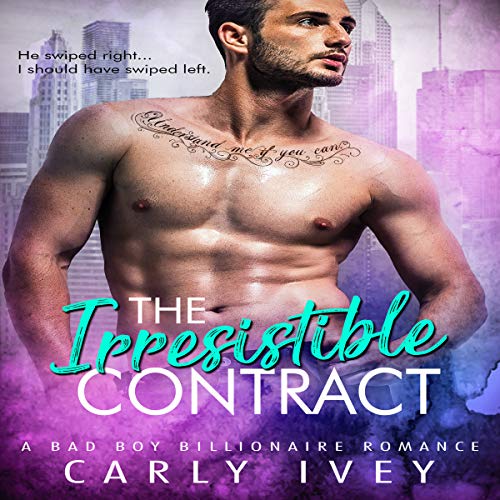 He swiped right...I should have swiped left...

Cameron Kozier never had much. She grew up on the wrong side of the tracks in Portland, with hopes of making it big ever since she left her sketchy past behind, skipped town, and moved to California, the land of dreams.

Determined to retire early from the escort industry, Cameron becomes a fin domme - draining the bank accounts of the 'wealthy and weak' she meets on Tinder until Parker Ellington, a renown real estate mogul, comes along and snatches her heart away. Parker's kinky profile seems like the perfect mark at first: Paypig...Power plays...Bondage - Score!

Unlike Cameron’s other clientele, Parker is sexy, cocky, and rightfully so - he’s well endowed, with a body that sends chills down her spine. He’s an Alpha that demands more, but at a fair price, of course. He treats women just like his properties - they are to be bought...and sold. But once they finally meet offline, their chemistry goes unquestioned because they can't seem to keep their hands off each other!

When Parker propositions Cameron to be his wife in exchange for the world at her feet, his dirty contract turns out to be more than what she bargained for. While his touch is irresistible, Cameron finds herself spiraling down the same rabbit hole she spent years trying to escape from. It's not long before Cameron stumbles across Parker’s dark secrets...and the lies on her Online profile begin to unravel.

Cameron’s so addicted, she’s willing to do anything for Parker. And for the first time, she has fallen hard for a client and is learning to love again...but Parker’s hot and cold personality keeps her second-guessing whether he feels the same.

Will Parker be her perfect match...or her biggest regret?

What listeners say about The Irresistible Contract

I loved the book. Loved the character as well.
Thr narrator was very clear and precise.

I enjoyed the book although it kept reminding me of fifty shades. There is a slightly different story line. But total fifty shades. Narrator was okay. It ended too quickly.