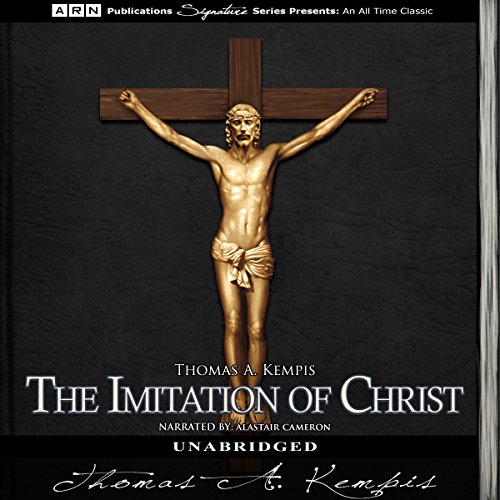 The Imitation of Christ

By: Thomas A. Kempis
Narrated by: Alastair Cameron
Try for £0.00

In the 15th century, the Augustinian monk, Thomas Kempis authored one of the most profound Christian works to date. The Imitation of Christ focuses on living the life that Jesus and his followers promoted through ministry, emphasizing the need for isolation and prayer, as well as renouncing worldly vanities and searching for eternal truths as a method of getting closer to Christ and God.

Thomas Kempis' work has proven to be inspirational to millions, including such notable people as Thomas More, St. Ignatius Loyola, and Pope John Paul I. Some followers of Kempis' writings have gone as far as promoting poverty as a way of getting closer to God, as it is in poverty that Jesus was born and died. Over the last six centuries, The Imitation of Christ has proven to be one of the most influential Christian publications in the western world, second only to the Bible.

What listeners say about The Imitation of Christ