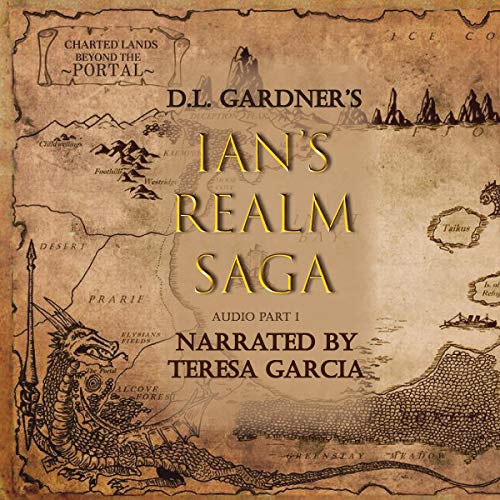 When reckless Ian enters a portal to another world, he's thrust into a conflict with dragon worshipers - and an epic battle between good and evil.... A magical fantasy collection!

When Ian Wilson and his father discover a portal to another world, they step inside. Lured to a deceptive mountain, Ian's father disappears and Ian is abducted and enslaved by dragon worshipers. Escape is complicated by the search for his father and he soon learns he must first unravel the mystery of the dragon's wrath.

Other books in the series:

The books included in Ian's Realm are:

The first book of a trilogy, Deception Peak is a young adult adventure fantasy about a teenager, Ian Wilson, who follows his father through a portal that magically appears on their computer screen.

Now a young man, Ian returns to the magical Realm to fight against the tyranny that has befallen his friends. But the Realm is a different place, the forest is dying, the Kaemperns have lost the shield that protected them from the dragon, and Ian has a hard time proving his allegiance when trouble follows him through the portal. His struggle to do right buries him in confusion, and he must fight his own will to prove his integrity.

Ian has proven his abilities as a warrior and now the most dangerous battle begins, the battle against the power of evil. Ian must unravel the secrets of the mountain and discern whom his real enemy is, the enemy both without and within. He tackles with the 12-year-old boy who seems to hold the fate of the entire Realm in his hands, and yet the pressing Songs of Wisdom call for compassion in his dealings. Ian leads his men in the fight against the powers of darkness. But he must also be willing to sacrifice everything he ever hoped to have in order to save those he loves.

Listen to Diary of a Conjurer to follow the exciting events that occur in the Realm.