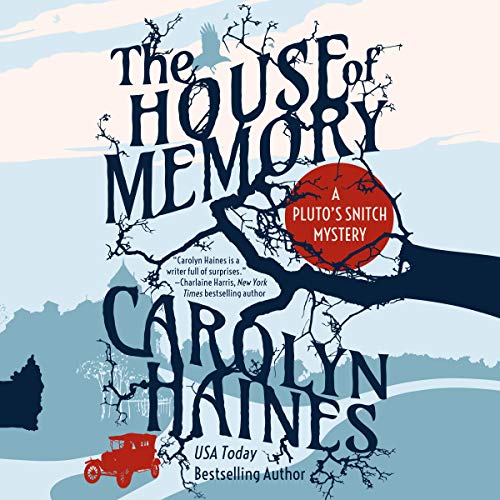 The House of Memory

The House of Memory

Raissa James not only sees the dead but she's caught the ears of the living - especially now that she's solved her first case. Word of Pluto's Snitch, her private-investigation agency specializing in the occult, has spread far and wide. It's even come to the notice of Zelda Fitzgerald, the nation's most celebrated flapper. And Zelda's in need of its services.

Along with Reginald Proctor, her partner in detection, Raissa travels to Montgomery, Alabama, where Zelda's friend Camilla has suddenly become prone to violent fits and delusions. Has Camilla gone mad...or has she been possessed?

Raissa and Reginald soon discover that Camilla's not the only young lady in the area to fall victim to something unnatural. Now it's up to the Snitches to follow the clues and save Camilla, locked away behind the walls of the formidable Bryce Hospital asylum. But the key to her rescue might not lie among the living at all. Because Raissa knows that the dead have their secrets, too.

What listeners say about The House of Memory

Good listening. The theatrics were nice. Enjoyed the suspense and teasing dialog. I am not big on the southern drawl, but it brought character to the book.

The story captured an age that will never come again. A fascinating part of the tale was the introduction of famous people. If Ms Robins was unfamiliar with the infamous Talulah Bankhead, there were written descriptions of her throaty laugh and signature pronouncement of “dahling “. Her giddy soprano interpretation was a disappointment.

Love the story line and plot. Three narrator was great. Goes great with the Book of the Beloved

Carolyn Haines does not disappoint in 2nd book

Haines has done it again. I didn't think it possible to be better than book 1 in the Pluto Snitch series. But this 2nd one kept me riveted. I couldn't put it down. I'm chomping at the bit for the next one!

Another good mystery, good story. But as in the first book that narrator just flattens everybody out to basically the same voice. Missing hitting the natural inflections in the sentences. It gets tedious after hours of listening. If the story hadn’t been so good I would have given up early in book 1.

love this series and the narrator. look forward to the next one. great time period to set this book

I love this series! It is a great combo of historical fiction, mystery and the paranormal. The icing on the cake is the excellent narration. This is an all around win!!

I'm hooked on these characters and how Carolyn Haines masterly combines a touch of History into a great mystery with ghosts, southern ways and a modern woman in the making. I live in Mississippi and can't wait to read the next Waverly Mansion story in West Point Mississippi!

A Bit Drawn Out

A true ghost tale, but goes on and on. Southern culture, women searching for independence in the 1920s, prohibition for all except the rich and powerful. The Deep South, white power, Good Ol' Boys, dark history in a house holding dark forces and twin ghosts. Regional and Raisa eventually bring it all to a happy conclusion.