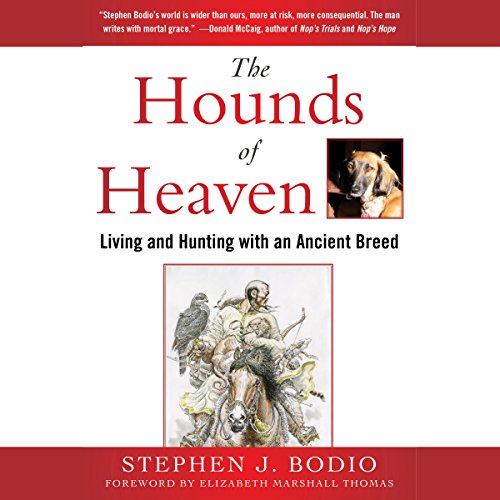 The Hounds of Heaven

Tracing the History of the Oldest Breed of Dog

In 1992, two Russian moviemakers left a cryptic note for New Mexican writer Stephen Bodio at his local bar. It led him to Brighton Beach in Brooklyn, where he saw a film about the ancient breed of Central Asian sight hounds known as tazis. He would end up chasing these leads to Kazakhstan, where these beautiful dogs may have existed 6,000 years ago. He found evidence in ancient rock paintings that these hounds, ancestors of such modern breeds as salukis and Afghans, were and still are used to hunt with birds of prey and horses in the Bronze Age, all along the old Silk Road.

He brought back several pups to his home in New Mexico, bred them, and placed them with friends, some of whom wanted to use them to increase the genetic diversity of the saluki. Soviets tried to wipe out the breed, valued by tribal people as a symbol of their independence. But the greatest threat to them today might be the show-dog breeder's closed stud books, though modern attacks on hunting with hounds might destroy their "work".

The Hounds of Heaven is a celebration of the Asian sight hound in all its names and glorious variety, a lament for disappearing ways, and an adventure. Its characters include scientists, hunters, and memorable dogs; Lashyn, the jealous girlfriend who destroyed the bonsai; Ataika, the Kazakh princess who rules the world, who taught herself to hunt with hawk, falcon, and gun entirely without commands; Kyran, who came speaking only Russian. Bodio blends science, history, and art to tell a tale that has not reached an end yet. As he says, "The hounds are still running."

What listeners say about The Hounds of Heaven

I would recommend this book for anyone who loves dogs, anyone who is interested in the history of ancient breeds of dogs, hunting enthusiasts, and people who want to know more about falconry.

The author, Stephen Bodio, does a great job in mixing history, science and humor in his tale of pursuing the ancient breeds of Asia. I learned a lot about dogs in general as well as these tazi/saluki/hounds. Another plus for me is the fact that the author lived in a small town near where I am living in New Mexico and perfectly captured the landscape of this beautiful land. Mr. Bodio pulls no punches in attacking well-meaning animal rights people and purebred snobs in his dissection of their faults.

The narrator, Raymond Scully, does a great job and his performance added a lot to this book.