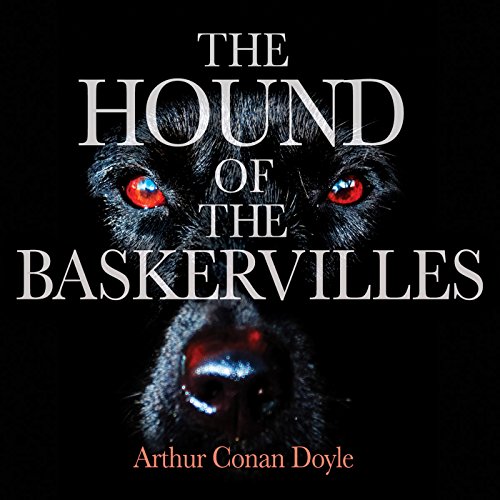 At Baskerville Hall on the grim moors of Devonshire, a legendary curse has apparently claimed one more victim. Sir Charles Baskerville has been found dead. There are no signs of violence, but his face is hideously distorted with terror. Years earlier, a houndlike beast with blazing eyes and dripping jaws was reported having torn out Hugo Baskerville's throat. Is Sir Henry Baskerville, younger heir to the estate, now in danger? Enter Sherlock Holmes, summoned to protect Sir Henry from the fate that threatens the Baskerville family.

As Holmes and Watson begin to investigate, a blood-chilling howl from the fog-shrouded edges of the great Grimpen Mire signals that the legendary hound of the Baskervilles is poised for yet another murderous attack.

What listeners say about The Hound of the Baskervilles

Sir Arthur Conan Doyle's masterwork, "The Hound of the Baskervilles," is thrilling no matter how many times one reads or hears it. In the hands of a skilled narrator such as Michael Page it is even more so. This rendition is wonderful in so many ways. The exciting story, the lively characters and the details of British life that was in transformation is brought beautifully to life. Much is due to the material itself, and much is due to Michael Page's narration. I highly recommend.