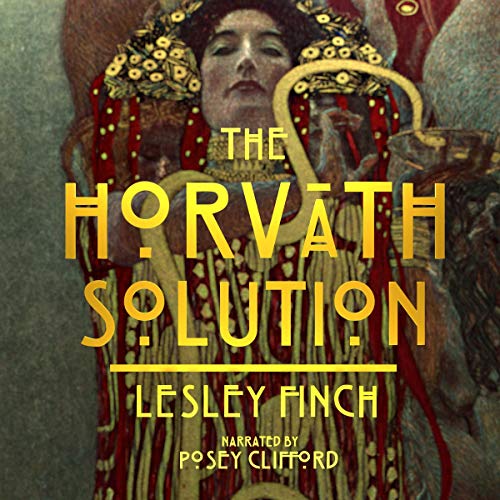 Buxom young laboratory assistant Johanna Schneider is uprooted from her regular activity at the Medical University to support the work of Doktor Sigmund Freud’s star protegé: the 25-year-old enfant terrible of applied psychology Alexa Horváth. Sponsored by Herr Dr Freud and other, shadowy higher powers, the beautiful and fiercely intelligent Fräulein Horváth is conducting clandestine and highly controversial work into the poorly-understood phenomenon of the “wet dream”.

The Horváth Solution is a historical paranormal erotica novella featuring a breast obsession of diabolical proportions. Part psychological thriller, part metaphysical horror, this new novella from Lesley Finch, the master of mammaries, will have you gripped from beginning to end.

What listeners say about The Horváth Solution

Dark, brooding, laced with rich subtext and surreal foreboding...and overflowing with massive, jutting breasts. How else to describe this gem of a novella from Lesley Finch?

A lazy tagline for this book could be "H. P. Lovecraft meets Russ Meyer" but that would be selling this short. This is a departure from the author's usual breezy, campy, sex romps. Here we see a moody tale set in Freudian era Austria. A tale of obsession, dark desires, fevered dreams, secrets from the past.

But, somehow, Finch STILL manages to satisfy with his trademark massively endowed heroines and the fluid draining effect they have on the men in the stories. It's very well written, expertly paced, with features very sexy situations involving beautiful, buxom characters.

Posey Clifford as narrator, shows off her impressive range. Her English accent and crisp, fluid narration are perfect and her subdued, yet edge of your seat reading make all the twists and turns of the story come alive.

A great listen for a rainy night, a roaring fire and a glass of port.