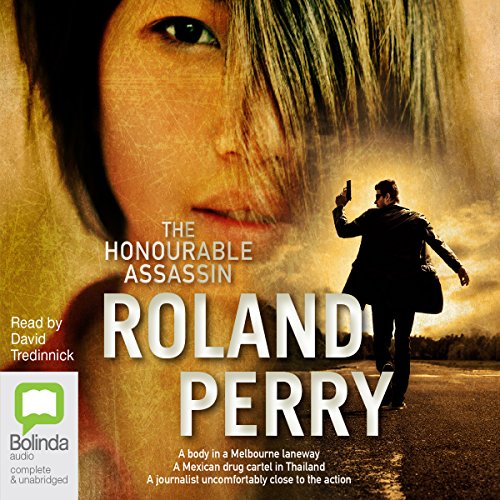 Vic Cavalier has certainly had better weeks. His newspaper editor is hell-bent on showing him the door, his footy team lost its last game and his drinking habit is winning the war with his better angels. And then there's the man with the bullet in his head and links to a Mexican drug cartel lying in a Carlton laneway.

When his editor wants the story, Cavalier finds himself in Bangkok, uncomfortably close to the action and under the watchful eye of a local cop with an intriguing background herself.

In the steamy, violent world of Thai elite power plays and the chaos of a coup, Cavalier's motivation becomes clear - this same cartel is implicated in the disappearance and possible murder of his daughter. He has no choice but to pursue them - whatever it takes.

Weaving together a fast-paced, all-too-real story, The Honourable Assassin is part psychological thriller and part today's headlines about massive illegal drug trafficking in Australia and corruption at the highest levels in Southeast Asia.