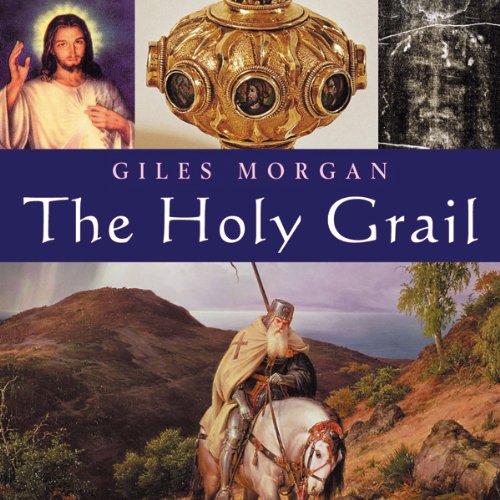 The Holy Grail is a subject that fascinates and intrigues. Through its various guises as magic cauldron, cornucopia, horn of plenty and chalice cup it has remained at the centre of popular culture, from antiquity right up to the present day. An object of marvel and mystery, it inhabits a place in mythology that has its roots in historical facts.

The Grail has been a major inspiration and catalyst for literature and the arts in Western Culture. From Celtic mythology to the flowering of the medieval romances it has in many ways fulfilled its mythical role as a nurturing and regenerative vessel by providing such a rich and seemingly perpetual source of interest to writers and artists.

Charting the emergence of the story of the Grail offers a revealing insight into the cultural shift from Celtic paganism to the emergence and domination of Christianity in Western Europe. The influence of Eastern mysticism emerges in the Grail romances as a result of the medieval crusades with its clash of cultures and subsequent cross-pollination of ideas.

The Grail has come to symbolise the ultimate achievement in the modern mind and it became an object of fascination for the psychologist Carl Jung and the poet TS Eliot. Wagner, William Blake and the Pre-Raphaelites are just some of the artists to have fallen under its enduring spell.

What listeners say about The Holy Grail

Excellent "pocket guide" to the Grail

This is a short audiobook that is well worth listening to if you are starting to study the Holy Grail for any reason: addicted to Dan Brown, reading Malory, even going back to the source of the Grail legend: France, 1172. It hits the high points of the surprisingly complex history well, and of course entertainingly, because the Grail IS lurid and thrilling: Templars really do come into it, as do Cathar heretics, grand German opera, and those creepy Scottish and English monestaries. All this sounds like a made-up thriller, but is completely historical, so we might as well enjoy. The lectures go from the actual origin -- a famous poet thought it up and then apparently died in mid-sentence in the late 12th century; to the much earlier origin several enthusiastic 13th century writers thought up to complete the missing text; to the considerable effect the Grail had on literature all through the centuries since, and ends with the tremendous modern interest in the Holy Grail expressed in movies and novels and histories.