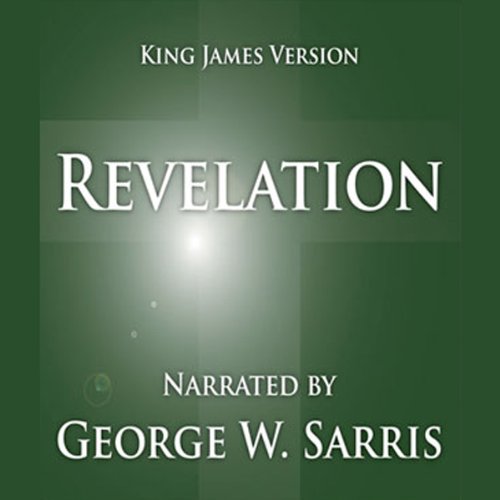 George W. Sarris is an accomplished actor, narrator, and spokesman. He served on the Board of the Screen Actors Guild in Boston, and has been a spokesman for radio and television commercials and industrial films for companies such as AT&T, BMW, Burger King, Duracell, Honda, Pizza Hut, Sprint, and UPS. Mr. Sarris holds the degrees of Bachelor of Science in Speech from Northwestern University, and Master of Divinity from Gordon-Conwell Theological Seminary. He has been involved in media ministry for over 30 years.

What listeners say about The Holy Bible - KJV: Revelation

This audio meet my expectations. I would definitely recommend it to any one that wants an audio copy of the living word.

Joy To Listen to

Excellent narration. Extremely easy to read along with and enjoy God's Word. You will certainly enjoy this Bible narrative

well read and articulated.. It's the bible so I'm sure it'll do more for you...

Blessed to hear these words. Jesus is coming soon! Says The Lord Almighty! Amen and Hallelujah.

he made it so easy to listen to.

you made it so easy to listen to.
many times people read the scriptures a loud
they read it dry and without expression.
but that's not the case with this reader.