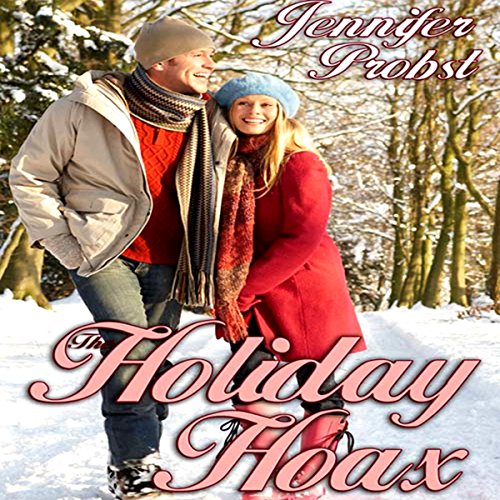 Aidan Hunter is tired of city living and shallow women who only want to date him for his money and family legacy. Dubbed "The Pasta King" and named most eligible bachelor in New York City, he escapes to his cabin upstate to figure out what he wants. He hopes to meet a woman who will love him for who he is...but he never counted on a certain schoolteacher to throw his world into chaos.

Isabella Summers is shocked at the sexual attraction she feels for the rude worker on the Christmas tree farm. But when he shows up at a friend's party and seeks her out, she finds she no longer wants to fight their attraction...but she never counted on love with a stranger carrying a secret.

Can love and truth triumph?

Wish it was longer!

I loved the book! I wish it was longer so I could have learned more about the characters and seen their relationship develop.

:The Holiday Hoax is full of twists & turns that you'll need to experience for yourself.
In listening to this short but sweet Christmas story I can't help but to relate to sabella Summers and ALL her doubts about this AMAZINGLY attractive guy
if there was a story that mirrored my own life right now ... this will be it

I liked it but because I have listened to some of this authors other books and the Marriage Bargain is one my most favorite this one seemed as it the writer was practicing to write better books. But I did like it.

Would you recommend The Holiday Hoax to your friends? Why or why not?

I would recommend it. It was a nice story

Would you listen to another book narrated by Kevin Giffin?

He did good. I am not used to hearing the story from the male side so I think he did a good job

Do you think The Holiday Hoax needs a follow-up book? Why or why not?

Too short without much background information. but, I guess this is her first effort. Her later books were very entertaining and well written. Narrator was not suitable for this type of story as he was too masculine for such a feminine story.